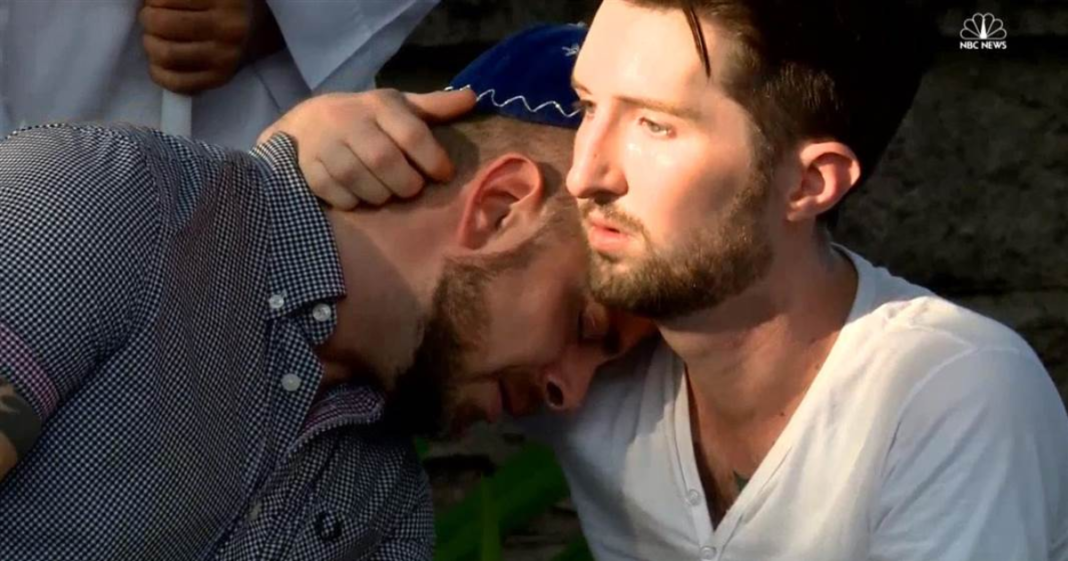 Despite the advances that the United States has made in gay rights and equality, the attack in Orlando has been a stark reminder in how far we have left to go.

In the aftermath of the attack, there were calls from health officials for massive donations of blood needed from the public. Despite wanting to contribute, gay men are barred nationwide from donating due to a negligent risk of passing HIV through their blood. Though the practice of barring all men, the majority of which do not have HIV or AIDS, from donating blood has been an issue mostly ignored, Orlando has changed that.

It must have been absolutely heartbreaking for gay men to want to donate blood to their LGBT community in the light of this targeted attack, but to have been barred from doing so through fear-based rules.

Then, there is the struggle which is being waged in hospital rooms and offices in Orlando right now. In many states nationwide, there are no protections for gay individuals which would prevent their place of employment from firing them simply for their sexual orientation.

Florida offers no protection for gay employees to prevent their places of work from openly discriminating against them, firing them, or refusing to hire them altogether. That means that a gay man who reveals his orientation through Sunday’s tragedy could be fired on the spot. Maybe a man or woman who was in Pulse on that terrible night and survived will show up to work today and find that he or she no longer has a job – and Florida will do nothing for that individual.

Florida also offers homosexuals no protections in housing, allowing landlords to make the call about whether or not a gay individual has the right to live in their home.

Republican lawmakers in Florida offered their condolences and prayers to the families of the deceased, but few mentioned the unique circumstances of their death. Those that did gave brief lip-service to the fact that homosexuals were targeted, but will no doubt oppose any and all legislation which might rectify the above issues.

Yes, what happened on Sunday is not representative of the overall view of most Americans today, thankfully, but it did show that we’ve got a lot more work to do.

Hopefully, the one good that may come from this tragedy is that aggressive LGBT legislation might be passed in Florida and nationwide. Reform is needed, and this may yet add the momentum necessary.

Regardless, it is now more important than ever that those who support the LGBT community show our support and love to individuals all over the nation who acutely feel the pain from this attack. This was not just a mass murder, it was an attack on an entire minority group and the few safe spaces they thought were sacred.