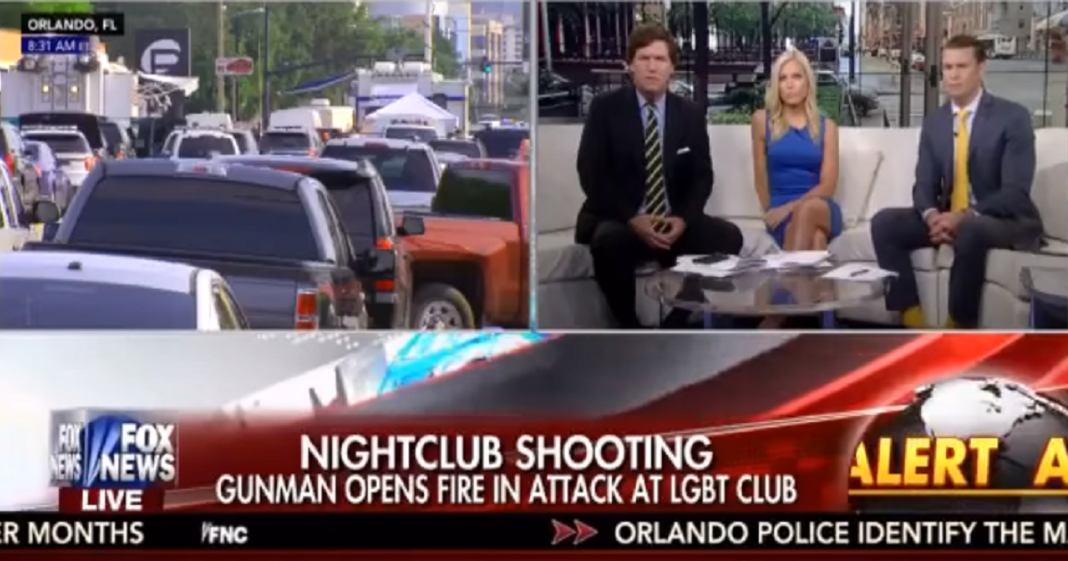 The victims from the Orlando shooting haven’t even been completely removed from the nightclub where they died and already, news media is doing their best to politicize the issue.

There are still so many questions yet to be answered, but that didn’t stop Fox News’ Tucker Carlson from blaming Obama for the largest mass shooting in American history.

First, the segment featured an author fear-mongering about whether or not the attack was “Jihadi,” and telling regular people that they are on the “front lines” in a war against this sort of terrorism.

Carlson said that the tragedy is the fault of the president because he doesn’t regularly say the phrase “radical Islamic terrorism,” the talking-point repugs love to revert to when they want to blame Obama for not banning all Muslims.

For the record, there has been no confirmation that the attack in Orlando had anything to do with Islam, especially because of the added element of sexuality which appeared to be the target of the attack.

We will find out a lot more about the motives of the shooter as time goes by, but from listening to Fox, you would think we already knew.