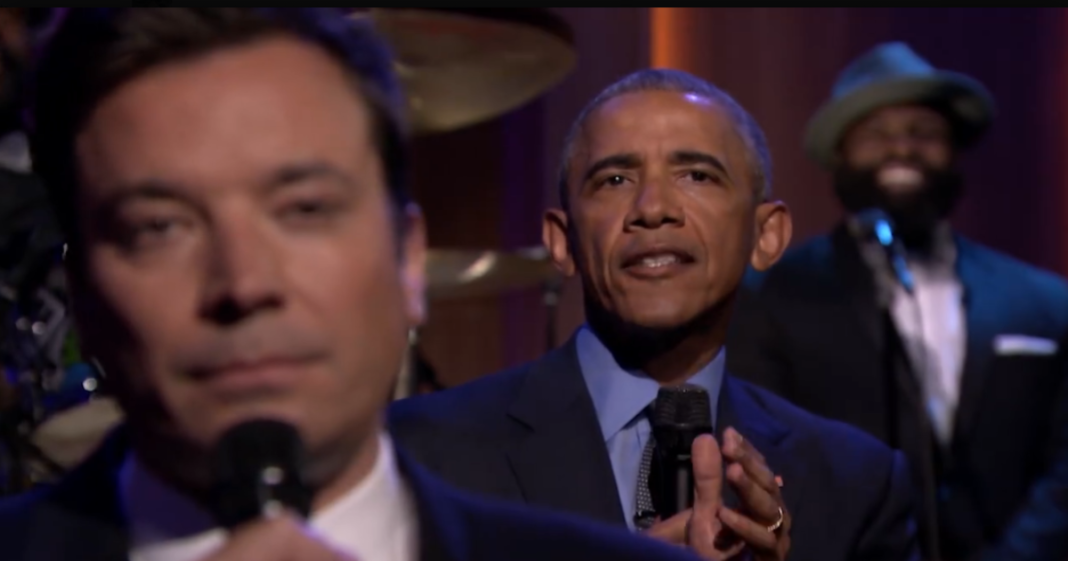 While progressive Democrats are decrying the TPP and other devastating trade deals, pro-TPP advocate President Barack Obama is so all-in for the diasterous deals that he joked about it during a segment on “The Tonight Show.”

The president teamed up with Jimmy Fallon to slow jam the news and it was all fun and games until Fallon joked, “You down with TPP?” and the president replied,

The joke was a clever riff on the popular bygone song by group Naughty By Nature titled, “O.P.P,” but for many of us, we weren’t amused.

The president then went on to offer up a simplified and rosy view of the trade deal, saying it will help hard-working Americans to sell their goods at home and abroad.

It’s not that we weren’t aware that Obama was all-in for the trade deals progressive Democrats hate, but it was just a jarring reminder of how much our president has failed us, smack dab in a lighthearted late-night sketch.