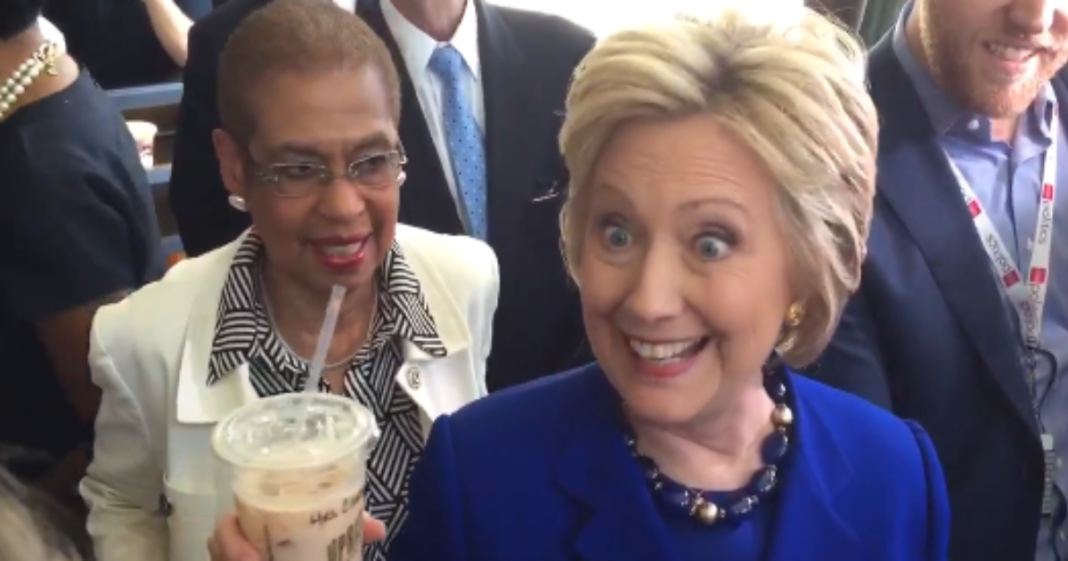 Now that Hillary Clinton is the presumptive nominee, she will be spending a lot more time fielding questions from the press, and that includes inquries about who her vice presidential choice might be.

With the incoming endorsements from progressive senator Elizabeth Warren, the rumor mill is swirling with ideas that she might join the ticket, a historic first.

Though both women are being shy about confirming any details so soon, reporters will keep asking.

During a campaign event on Friday afternoon, the inquiries from reporters garnered a pretty funny response from Clinton who, rather than answering about Warren, jokingly asked the reporters if they had tried the local beverages.

“Have you tried the cold chai?”

Needless to say, we won’t likely be learning who Clinton will choose to run with for quite some time now.
Watch.

Clinton, seemingly startled by us reporters, says “try the cold Chai” when asked if she discussed VPs with Warren. pic.twitter.com/oiCD5hoE0h