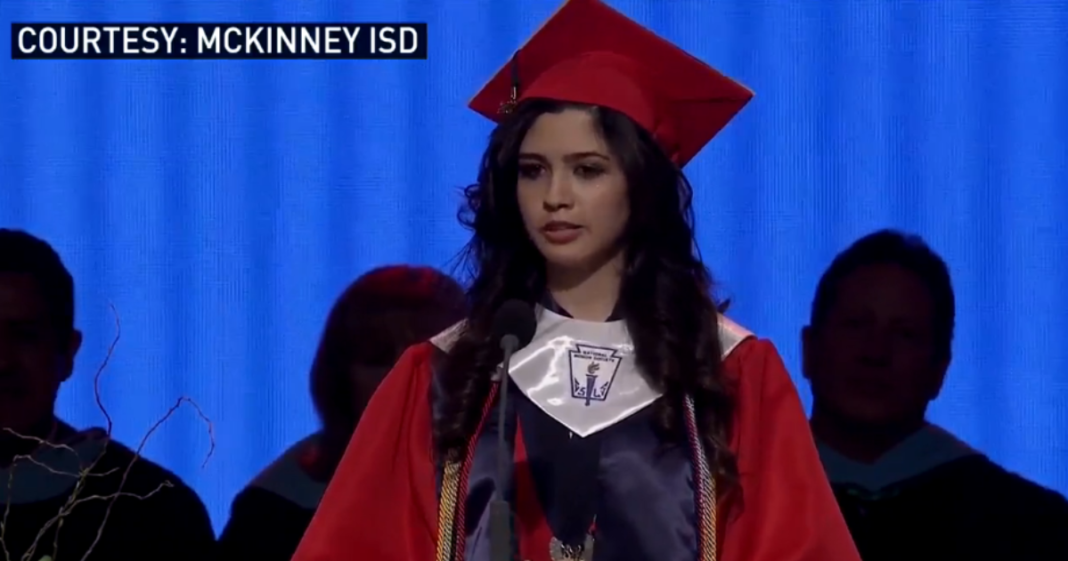 Larissa Martinez is the kind of student most parents wish they had – hardworking, overachieving, and driven. Martinez took the stage as valedictorian at her high school in Dallas, Texas this week to address her fellow students and offer words of encouragement for the young adults heading off to college and the real world.

But this wasn’t to be just any speech.

For years, Martinez and her family had closely guarded a dangerous secret which, if revealed, threatened to ruin everything they had built.

In her commencement speech, Martinez told her class that she is an undocumented immigrant. In 2010, Martinez’s family fled an abusive father and husband on a travel visa to the United States.

Martinez says that she has been waiting all that time for her citizenship application to be processed and has kept her status a secret from her peers.

Martinez has an outstanding G.P.A., and has taken and passed several high-level A.P. courses. She was accepted to Yale and will attend in the fall with a full ride.

These are the sort of people Donald Trump refers to as violent criminals. Martinez is one of the 11 million undocumented immigrants who Trump would have abruptly deported and tossed out into harsh climates to try to survive the trip back to a hostile family situation.