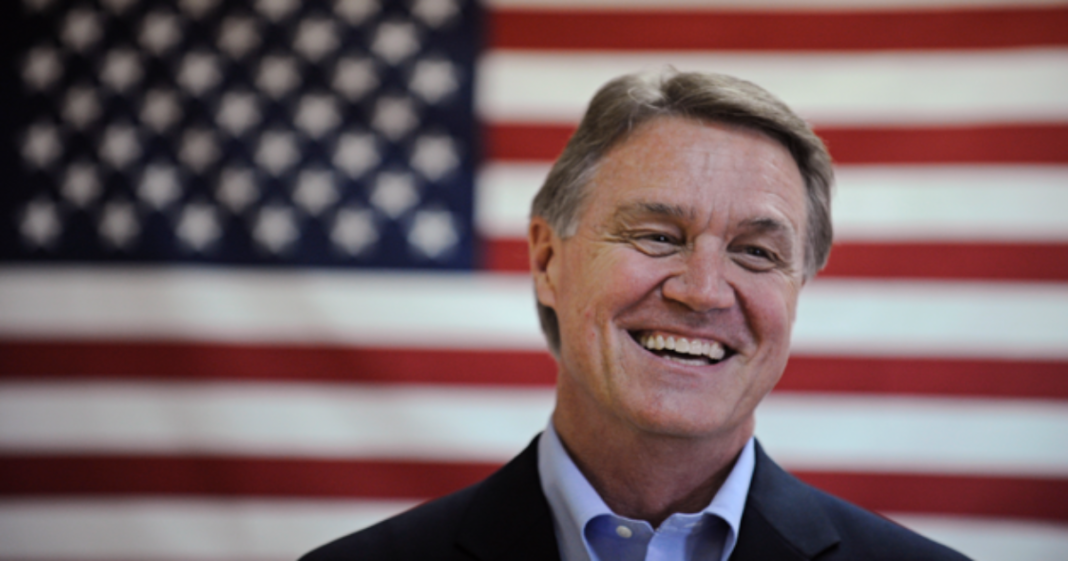 During a major Conservative Christian event on Friday morning, Georgia Senator David Perdue offered up a prayer for president Obama that raised more than a few eyebrows.

Perdue was addressing the room full of Christians and told them they should be praying for the president before recommending a more specific method of prayer.

“We should pray for him like Psalms 109:8 says: May his days be short and let another have his office.”

Considering that the president’s days in office are already numbered by the system and he will be replaced in January with or without a prayer, what was Perdue talking about?

In order to understand, we have to look at the rest of the verse the senator quoted.

Oh, so the bible wasn’t talking about the man’s days being numbered in office at all, it’s a creepy little death wish! So clever for an elected official to joke about the death of the president. Methinks Perdue might be getting a quick visit from Secret Services after that little quip.

After the story was published online on Friday morning, the office of Perdue released this snarky statement in an attempt to backtrack:

“Senator Perdue said we are called to pray for our country, for our leaders, and for our president. He in no way wishes harm towards our president and everyone in the room understood that. However, we should add the media to our prayer list because they are pushing a narrative to create controversy and that is exactly what the American people are tired of.”

Ah yes, once again it’s not the person’s fault for saying something horrible, it’s the media’s fault for reporting on it! Something tells me that this guy is a big fan of big brother Trump.