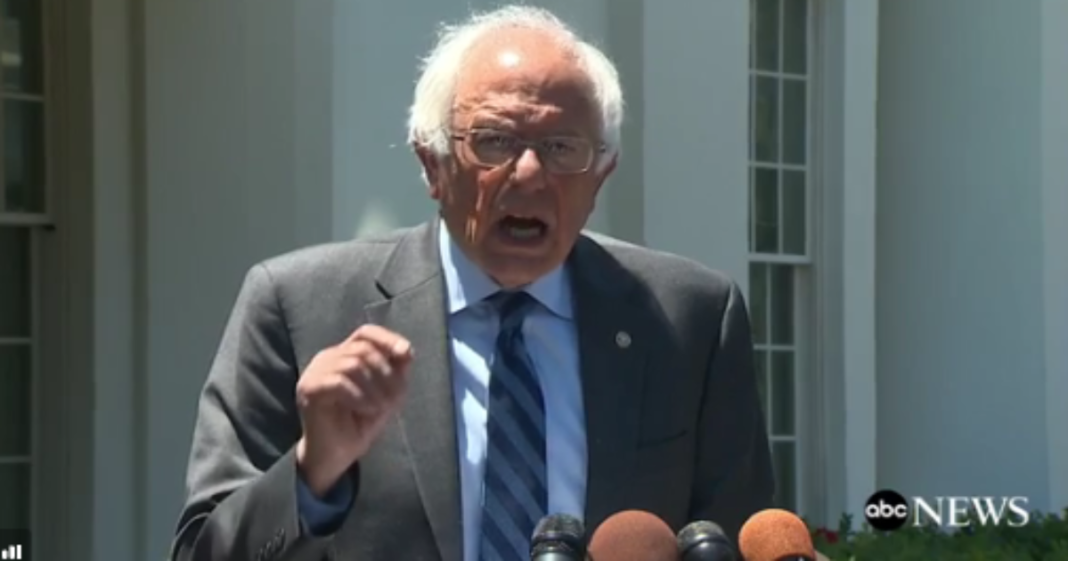 As Sanders emerged from the White House on Thursday afternoon after meeting with President Obama for over an hour, reporters and viewers waited with baited breath to see of Sanders would be making a historic announcement on the White House lawn.

Fortunately for those who believe Sanders has a right to stay in the race, the Senator from Vermont told the waiting crowd that he intends to fight on, courting votes in the D.C. primary next week.

Sanders also put forward support of D.C. statehood, an issue that is becoming more prominent as the election progresses.

Sanders said many of his usual stump speech topics including income inequality and wall street corruption, but the language he used seemed to be more geared toward influencing the party rather than shooting for the presidency.

Sanders said that he looked forward to working with Secretary Clinton in order to ensure that Donald Trump doesn’t become president.

.@BernieSanders says he will “of course” be competing in DC primary, backs DC statehood https://t.co/1ohkzsW88i https://t.co/uBYaFQpIPo