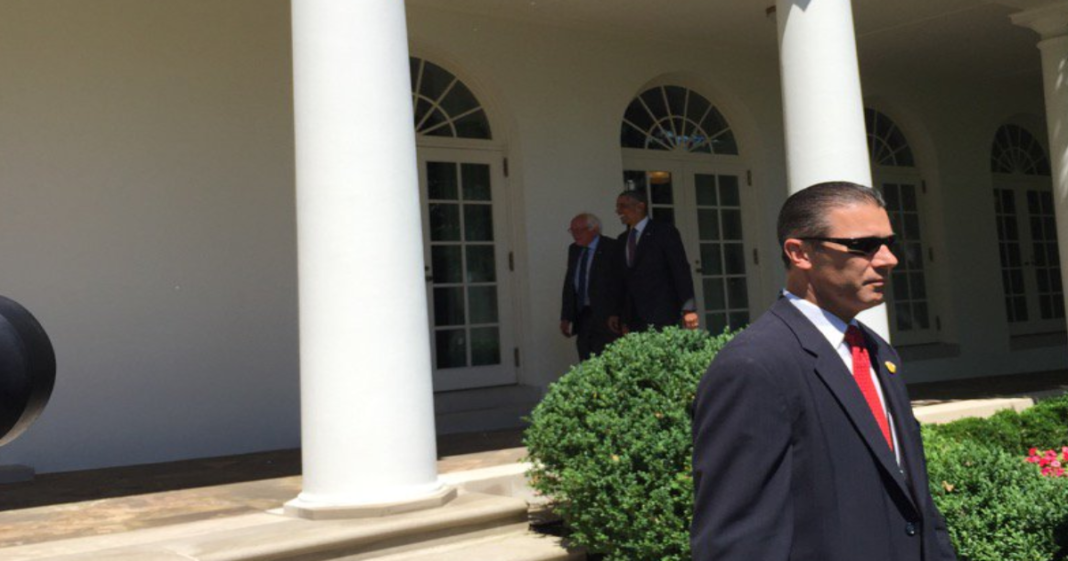 On Thursday morning, presidential candidate Bernie Sanders made the long journey to the White House to meet privately with President Barack Obama after the two agreed to meet Tuesday evening.

Many are speculating about what the two might be discussing in the wake of the latest primary results put Hillary Clinton over the delegate threshold.

Before entering the oval office, the president and senator were seen walking together, laughing and smiling.

Sanders, who has said he intends to stay in the race will no doubt be talking to the president about how his progressive agenda supported by millions could be integrated in a Clinton platform. Concessions will no doubt be made and plans will be put together about how Sanders can continue to contribute to the campaign and get his millions of supporters on-board.

The establishment elite know that Sanders has made a significant impact and that many of his followers are morally opposed to supporting Clinton.

Some speculate that the president will urge Sanders to drop out sooner than the convention, but it is likely that he will not do so as Sanders can have more a directive effect on the race if he stays in a bit longer.

JUST IN: @BernieSanders and @POTUS begin their meeting at the White House https://t.co/71DHkaVyGV