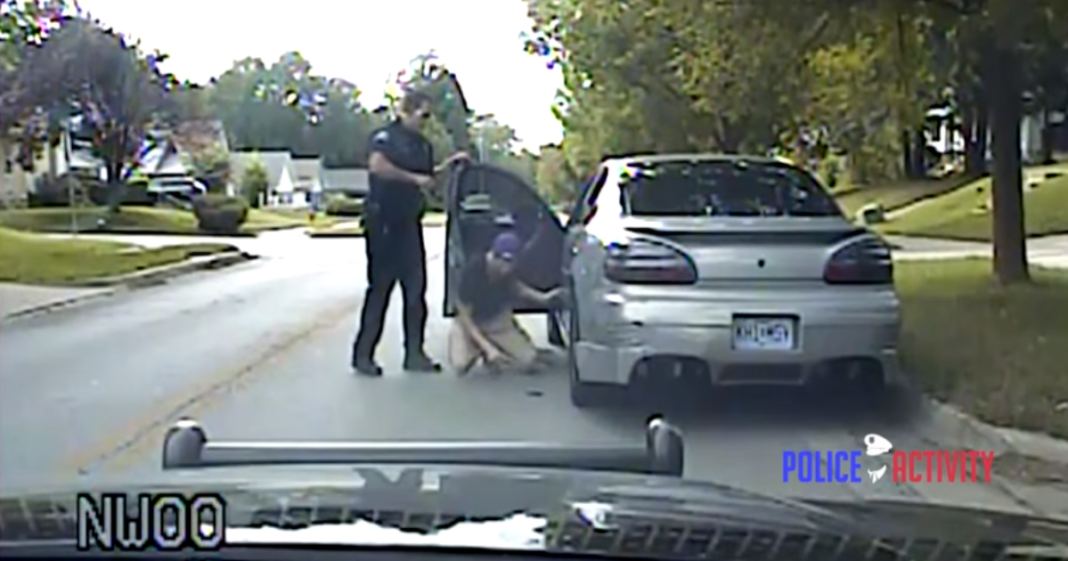 Though so many victims of police brutality often go without justice or recompense, a 17-year-old boy who was attacked by an officer in a routine traffic stop will see some justice as the officer has been sentenced to four years in prison.

The video of the attack was released to the public by the courts on Monday and shows the disturbing footage of the traffic stop-turned violent.

Officer Timothy Runnels said that he pulled Bryce Masters over because he thought the tag on the car was associated with an outstanding arrest warrant, and later told investigators that he thought he smelled marijuana once he had pulled the teen over.

The officer demanded that Runnels step out of the vehicle, which Masters resisted, saying that he hadn’t done anything wrong. Runnels attempted to forcibly remove Masters from the vehicle and told him that he was under arrest.

Runnels then said “F*ck it,” and used his Taser on the teen for a whopping 20 seconds – 4 times longer than is normal and acceptable use of the weapon.

Masters slumped out of the car onto the ground where Runnels handcuffed him and then dragged his limp body to the side of the road before dropping the teen face-first onto the hard ground.

As a result of Runnels’ violent actions, Masters now suffers from substantial brain damage which causes memory loss and other changes to Masters’ personality.

Knowing what we know about the abuse of power that can occur in situations like this, Masters is lucky to be alive.