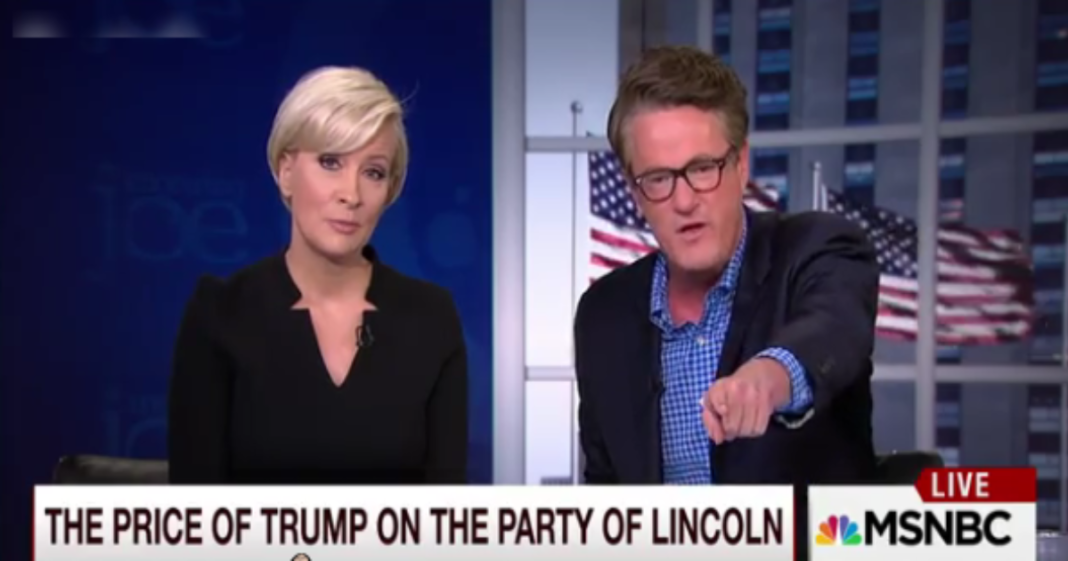 When it comes to Donald Trump, MSNBC seems to have had a war of conscience about whether or not they should embrace the monster or distance themselves from him. The heart of the conflict lies in MSNBC‘s conservative headliner show “Morning Joe” which has had a soap-opera level of drama with the Republican front-runner.

Once having brought Trump on weekly and and sang his praises, Joe Scarborough seems to have taken to heart Trump’s criticisms of the media and has now elected to condemn the Republican candidate at every turn.

The shift is notable though Scarborough would be sure to tell you that he’s always felt this way. Looking at the evidence and past cozy relationships with Trump show that’s just not true.

Now, Scarborough appears to be hopping on-board the anti-Trump train telling Trump that he can’t use the threat of a Clinton presidency as an excuse to say and do whatever he wants with immunity.

“Until you get back to the table and get on the other side of the table and prove to me that you’re not a bigot and prove to me that you’re not going to take my party down in the ditch you don’t have my endorsement! …and you can’t use Hillary Clinton as a gun against my head, I’m taking the gun away from my head, I’m putting it on the table and now it is in your hands …don’t use Hillary Clinton as an excuse to say racist things about people who were born in Indiana.”

While it’s a nice sentiment, where was this Joe back when Trump’s language was just a bit more coded, when he proposed that we ban all Muslims or when he insinuated that Mexican immigrants were violent criminals? No, Joe can only stand up against Trump when it becomes politically unpopular not to do so.

It would be funny if it weren’t so sad.