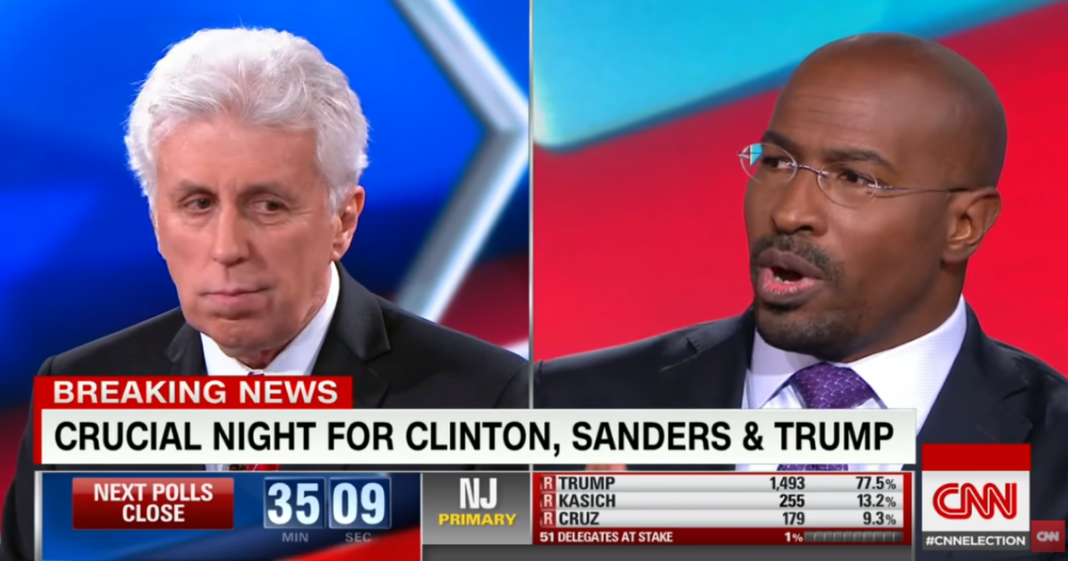 On Tuesday night, CNN managed to book one of the only guys in the entire country willing to defend Donald Trump’s racist judge remarks: Jeffrey Lord.

Lord was sat closely to both liberal and conservative commentators in a roundtable, but all eyes quickly turned to Lord as he again and again defended Trump and said that it were those who thought his comments were racist which were the real racists.

Everyone in attendance had some gold comments for Lord, but the MVP of the panel was likely Van Jones who told the man that he had come to the end of the Trump-defending road.

“You have been brilliant sir, figuring out before anybody else, what he was going to be able to do.” Jones exclaimed. “And you have found ways to defend him. You are now out of defenses. You can’t say this is racism! I now think you are beyond the reality of a rational mind to follow you.”