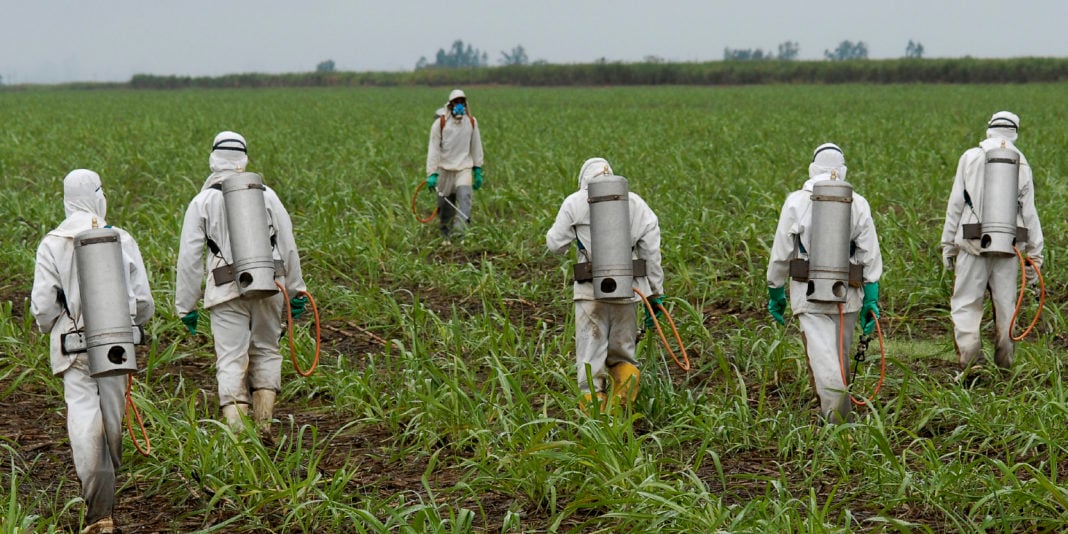 Just over a year ago, the World Health Organization’s International Agency for Research on Cancer  (IARC) concluded that glyphosate is likely to cause cancer, placing the substance in the “2A” category. The chemical in question is a “broad spectrum” herbicide, which just happens to be the primary ingredient in the weed killer Roundup® –brought to you by everyone’s favorite corporate “person,” Monsanto.

Not surprisingly, Monsanto vehemently denies this allegation.  Their website states unabashedly, “No, glyphosate is not a carcinogen.” The company’s rebuttal continues:

The 2A classification does not establish a link between glyphosate and an increase in cancer. ‘Probable’ does not mean that glyphosate causes cancer…even at 100 times the exposure that occurs during normal labeled use glyphosate is not a human health risk.

Monsanto is so certain that its product is safe that it has filed suit against the State of California in order to stop its Office of Environmental Health Hazard Assessment (OEHHA) from listing it as a chemical known to cause cancer. The company is also asking the WHO to retract its report on the connection between Roundup® and cancer.

All of this comes at a time that the agribusiness juggernaut is facing an increasing number of lawsuits from plaintiffs alleging that their cancers were caused by exposure to Roundup®.

Last year, Dr. Patrick Moore, a corporate consultant and scientist at Greenspirit Strategies Ltd., gave Roundup® a nice plug during an interview on a French television news program. The issue being discussed was the alarming increase in cancer cases among people in Argentina – which was being attributed to the use of Roundup®. Moore, a professed “ecological expert” who in recent years has been a climate denier as well as a proponent of nuclear energy and genetically-modified foods, came to Monsanto’s defense, denying any connection between rising rates of cancer among Argentinians and the company’s flagship product. He stated, unequivocally: “You can drink a whole quart of it and it won’t hurt you.”

The interviewer replied: “You want to drink some? We have some here.”

Dr. Moore’s answer: “I’d be happy to, actually.” But then, he quickly added, “Not really…I know it wouldn’t hurt me…[but] I’m not stupid.”

The interviewer then said, “So – it’s dangerous, right?”

Moore was quick to point out that “People try to commit suicide with it and fail…regularly.” However, when invited again to have a tall, refreshing glass of Roundup®, he emphatically said, “I’m not an idiot” – after which he attempted to change the subject to Monsanto’s “Golden Rice,” a GMO product that has been at the center of a great deal of controversy.

If Roundup® is “not dangerous to humans” as Moore claimed, what was he afraid of?

Meanwhile, evidence demonstrating that Roundup® is carcinogenic continues to pile up. David Schubert, who runs the cellular neurobiology lab at the Salk Institute for Biological Studies, recently issued the following statement:

There are a number of independent, published manuscripts that clearly indicate that glyphosate … can promote cancer and tumor growth…it should be banned.

Which one are you going to believe?