In the memo, Pelosi’s office warns the media that Speaker Ryan will be lurking in the shadows trying desperately to avoid the media lest they ask him about Trump’s most recent racist scandal. 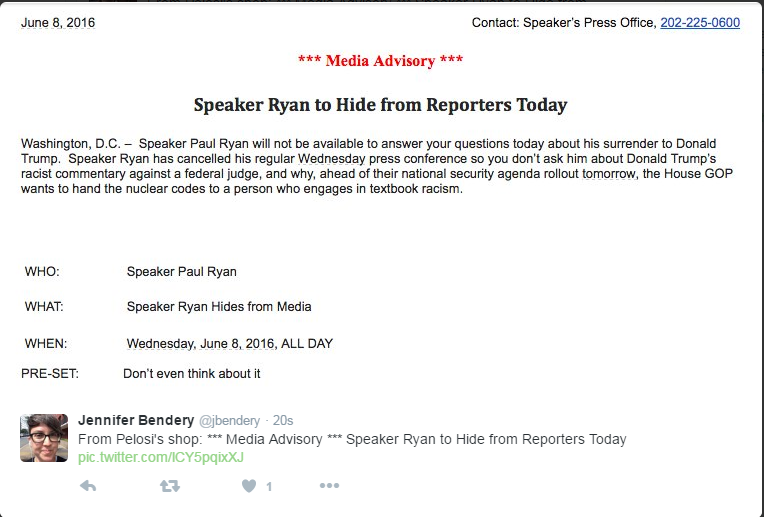 Washington D.C. – Speaker Paul Ryan will not be available to answer your questions today about his surrender to Donald Trump. Speaker Ryan has cancelled his regular Wednesday press conference so you don’t ask him about Donald Trump’s racist commentary against a federal judge, and why, ahead of their national security agenda rollout tomorrow, the House GOP wants to hand the nuclear codes to a person who engages in textbook racism.”

Republican establishment members have been thrown into an upheaval over Trump’s latest comments, and though Tuesday night’s scripted Trump speech was an attempt to subdue that panic, it’s clear that other measures are being taken as well – including hiding the speaker away so he doesn’t accidentally be honest again.