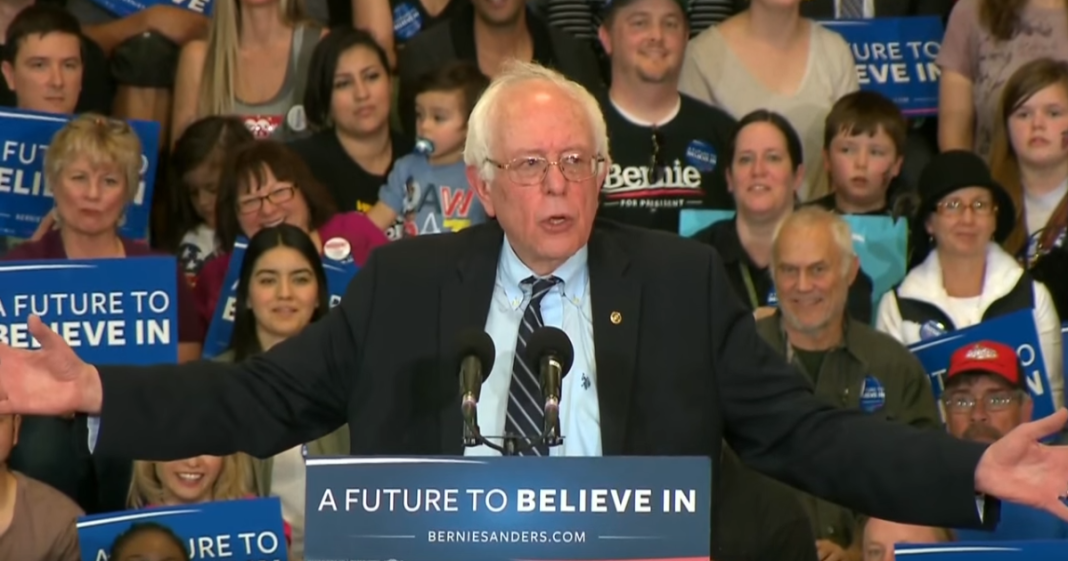 Though Hillary Clinton has now officially gathered the necessary number of delegates in order to secure the Democratic nomination (yes, Superdelegates don’t vote until July, but at this point, with Sanders having lost California, there is no reason to believe they will switch), Bernie Sanders says that he intends to stay in the race, at least for now.

When Sanders took to the stage late Tuesday evening, the crowd was as devoted and energized as ever.

Responding to the chants of “Bernie” from the crowd, Sanders said,

“But you all know it’s more than Bernie – it is all of us together!”

Sanders seemed to be providing an optimistic summary of his campaign, with a look toward the future and an attempt to remind his supporters that there is so, so much more work to do.

Sanders told the crowd that the campaign will continue the fight to win in D.C. next week, and then take the platform to Philadelphia next month, making it clear that a concession was not incoming.

Sanders campaign may not succeed in the primary goal of achieving the presidency, but it is imperative that those who support him remember that he has always said that this campaign was about so much more than that.

The revolution needs all of us, and we must keep fighting on.