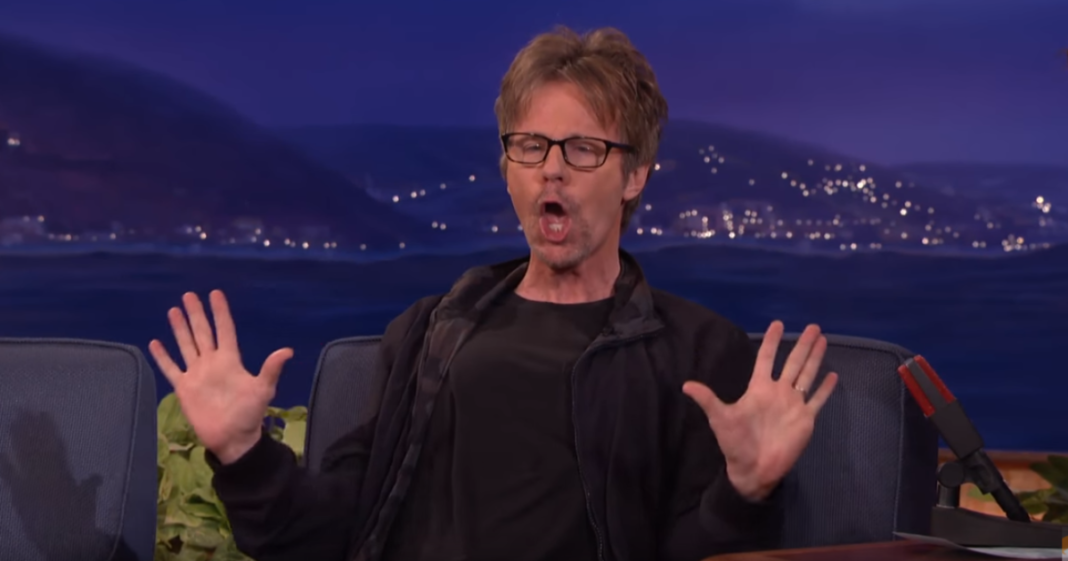 During Tuesday night’s episode of “Conan,” former SNL castmember and comedian Dana Carvey sat down for an interview to discuss the 2016 election.

Carvey appears to be just as frightened of Trump presidency as the rest of us and said that he was sure Trump would take us to an inevitable violent future.

“I figure if he starts World War III, we’ll be in our bunkers and he’ll still be selling to us on closed-circuit TV.”

His prediction was complete with an expert impersonation of the orange candidate.

Carvey then went on to talk about his other presidential impersonations, including his newest one – Senator Bernie Sanders.