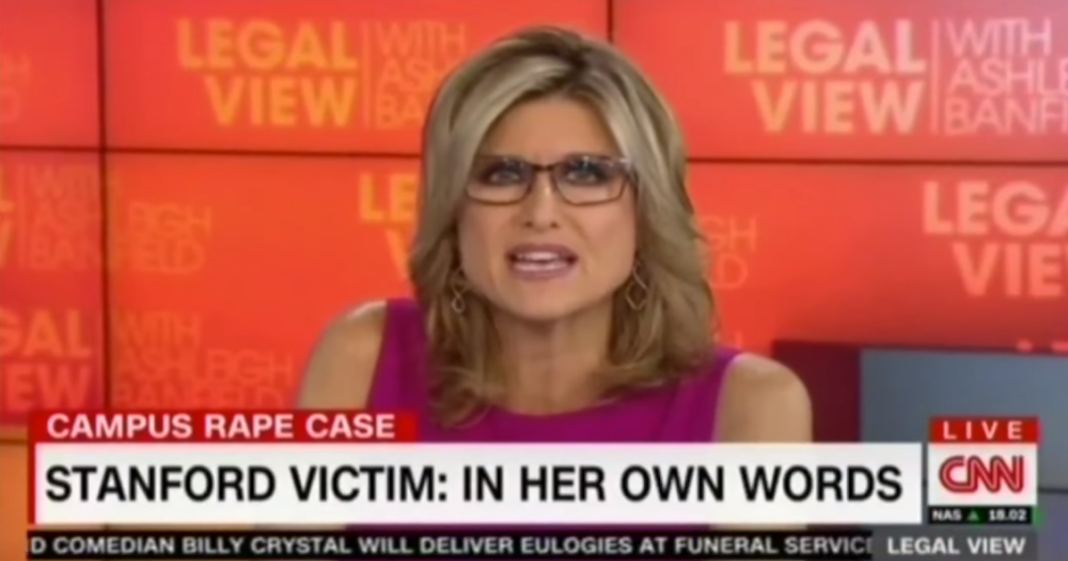 Though the victim of the Stanford rape will not see much in the way of justice, the overwhelmingly positive response to her open letter-esque statement to her victimizer is no doubt of some comfort.

One such respectful act was performed by CNN anchor Ashleigh Banfield who read the entirety of the statement live on air. What resulted was 23 full minutes of prime-time air dedicated to the often silenced voice of a victim, sharing her painful story.

Those who read or listened to the letter from the unnamed victim can’t help but be moved by the strong but pained words of a woman whose attacker has lied repeatedly.

Though her name and reputation have been dragged through the dirt in this hateful crime, at least now, her story will serve the purpose of inspiring victims, and hopefully even preventing a few others.