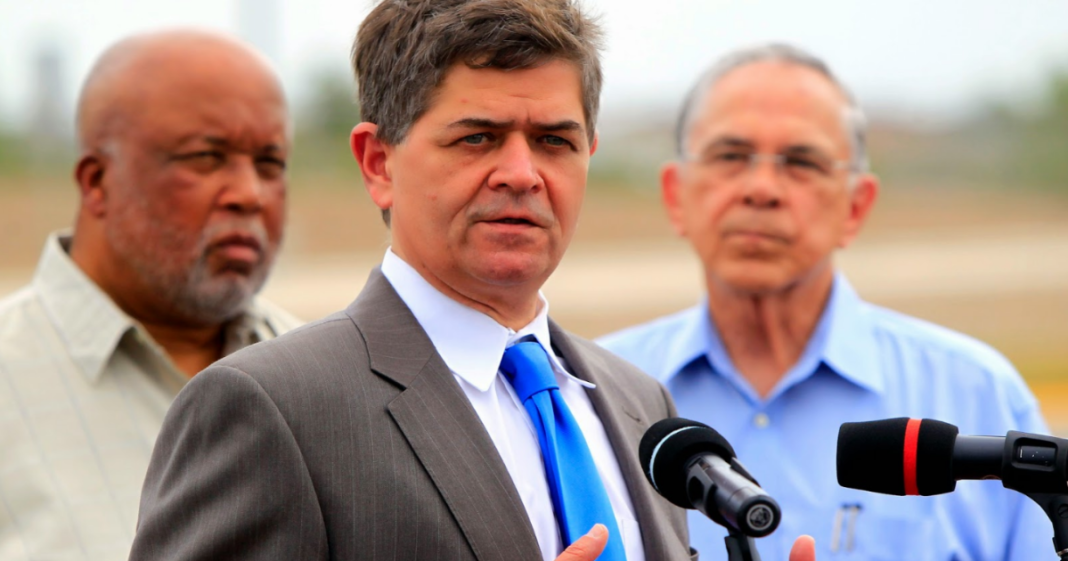 Texas Representative Filemon Vela is making headlines this week for being the most recent politician to lob insults at Donald Trump in response to his commitment to build a border wall between the United States and Mexico.

Vela published an open letter to Trump in which he harshly criticized Trump’s wall.

“While you would build more and bigger walls on the U.S.-Mexico border, I would tear the existing wall to pieces. Why any modern-thinking person would ever believe that building a wall along the border of a neighboring country, which is both our ally and one of our largest trading partners, is frankly astounding and asinine.”

The congressman also criticized Trump for his recent racist comments about the ethnicity of the judge presiding over the Trump University case, noting that there are American citizens, like himself, who are of Mexican heritage, but who have been in America much longer than even Trump’s family.

“Before you dismiss me as just another ‘Mexican,’ let me point out that my great-great grandfather came to this country in 1857, well before your own grandfather. His grandchildren (my grandfather and his brothers) all served our country in World War I and World War II. His great-grandson, my father, served in the U.S. Army and, coincidentally, was one of the first ‘Mexican’ federal judges ever appointed to the federal bench.”

“Mr. Trump, you’re a racist and you can take your border wall and shove it up your ass.”

While his style is questionable, the substance of the argument is certainly sound. We thank the congressman for speaking out.