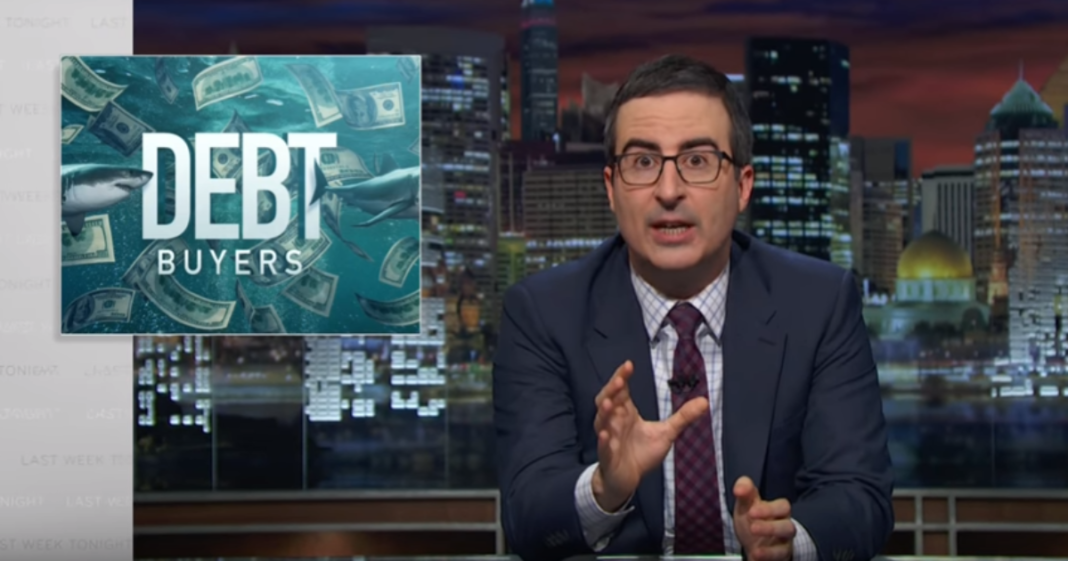 History was made on Sunday’s episode of “Last Week Tonight” when host John Oliver was able to forgive $15 million in medical debt with the press of one big red button.

The segment delved into the predatory practices of debt-collection in the U.S., showing how easy it was to get into the business of buying debt and going to collect. To illustrate this, Oliver and the show began their own debt-collection business called the Central Asset Recovery Professionals (or C.A.R.P., like the bottom-feeding fish, for short).

Once CARP was established, the company was able to buy up millions of dollars worth of debt for less than even pennies on the dollar, obtaining the nearly $15 million in medical debt for just $60,000.

Having all of this owned debt meant that the company was entitled to receive all sorts of personal information about those who owed the money including their social security numbers, names, and addresses. Nearly 9,000 people were responsible for the large debt, and all of those people would now be vulnerable to harassment and tactics from their new debtors (though they were undoubtedly unaware their debt had even been sold).

Rather than going through with all of that, Oliver and his company CARP elected to forgive the massive debt. Thanks to “Last Week Tonight,” the medical debt of 9,000 people have now been erased.

“There would be absolutely nothing wrong with except for the fact that absolutely everything is wrong with that. We need much clearer rules and oversight.”

Oliver, always the comedian first, joked that his contribution meant that Oprah was no longer the queen of daytime giveaways.

But joking aside, this act is not just incredibly generous, it’s an act that shouldn’t have to occur. These debts are not from frivolous spending or mismanagement of finances, most medical debt comes from sudden and unexpected injury or illness, and often, the expenses will continue for years.

People shouldn’t have their lives ruined because they or their families needed medical help, and it shouldn’t be so damn easy to capitalize on these debts.