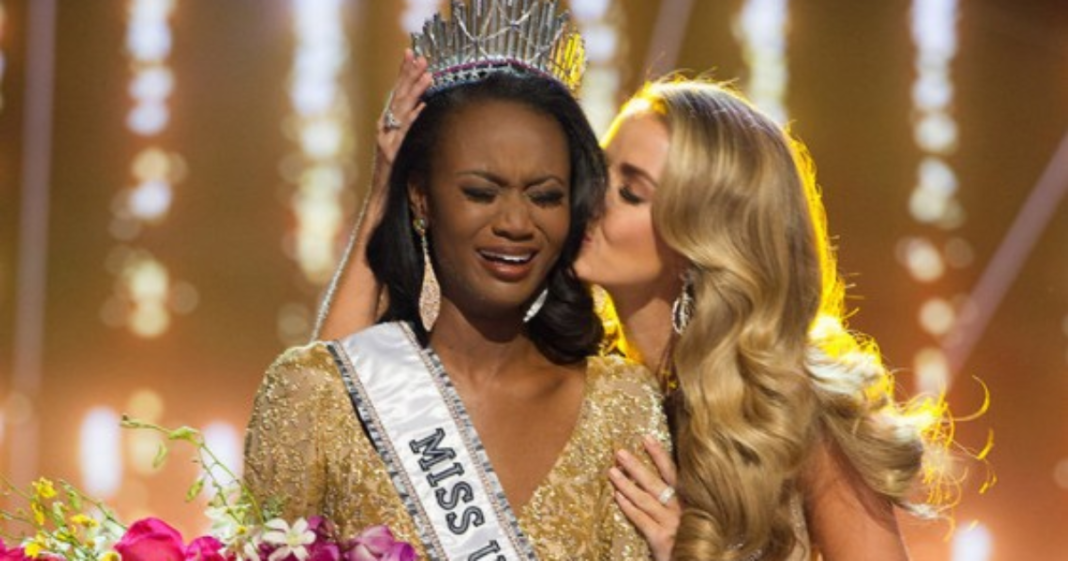 Barber, who is an officer in the Army, didn’t shy away from a strong political statement when, during the interview portion of the pageant, she was asked for her opinion concerning women in combat.

“The Pentagon recently made the decision to open up all combat jobs to women. Now some have questioned if this has put political correctness over our military’s ability to perform at the highest level. What are your thoughts?”

This was no doubt a difficult question and one that the pageant contestant had to be sure to handle carefully, but rather than giving a safe non-answer, Barber dove in and stood strongly for women like herself.

For a contest that is so focused on appearances and beauty ideals, Barber showed that there is much more to beauty than makeup and hair. The newly-crowned Miss USA has proven that she is not only beautiful, but also intelligent, strong, and capable.