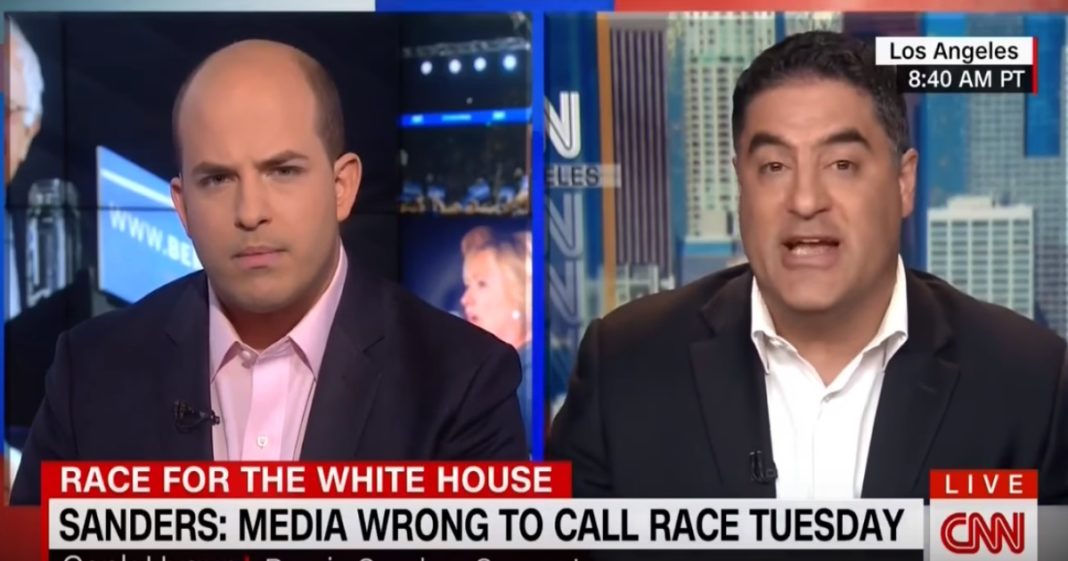 During an interview with CNN’s Brian Stelter, progressive host of The Young Turks Cenk Uygur made an impassioned argument about how corporate media has misled and swayed the Democratic election from the very beginning.

“CNN and all of the establishment press totally tilted the playing field here from day one by counting those superdelegates. When in fact you know the superdelegates do switch their votes all the time. They switched them in 2008.”

“It was, in fact, journalistic malpractice.”

“You’re saying we should hide people from the reality about the superdelegates? If you count them in the official tally when you know they can and often do switch their votes and have not voted yet, that is simply incorrect. That is the opposite of a fact.”

Stelter tried to paint those like Ugyur as the irrational ones, but the argument Cenk makes is bulletproof. You cannot as a network continue to skew and mislead the numbers and then use those same twisted numbers as defense for your false predictions.