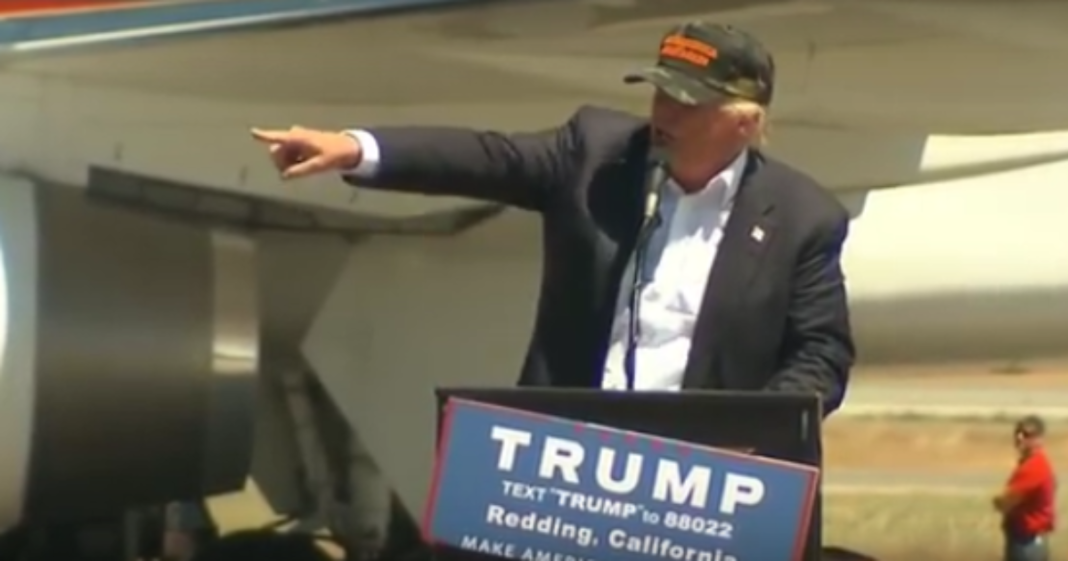 During a rally on Friday afternoon in the sweltering heat, Donald Trump stayed nice and cool while ranting and raving about a multitude of topics, taking brief breaks to point to random audience-members and marvel about the size of his crowd.

Trump attacked opponents and detractors, finding character flaws in every person who had an educated political opinion which he didn’t find favorable, but that was all par for the course.

What was more notable was Trump’s out-of-place comment about a black man in the crowd that put everyone on edge.

“Look at my African-American over there. Look at him!”

What a bizarre way to phrase it.