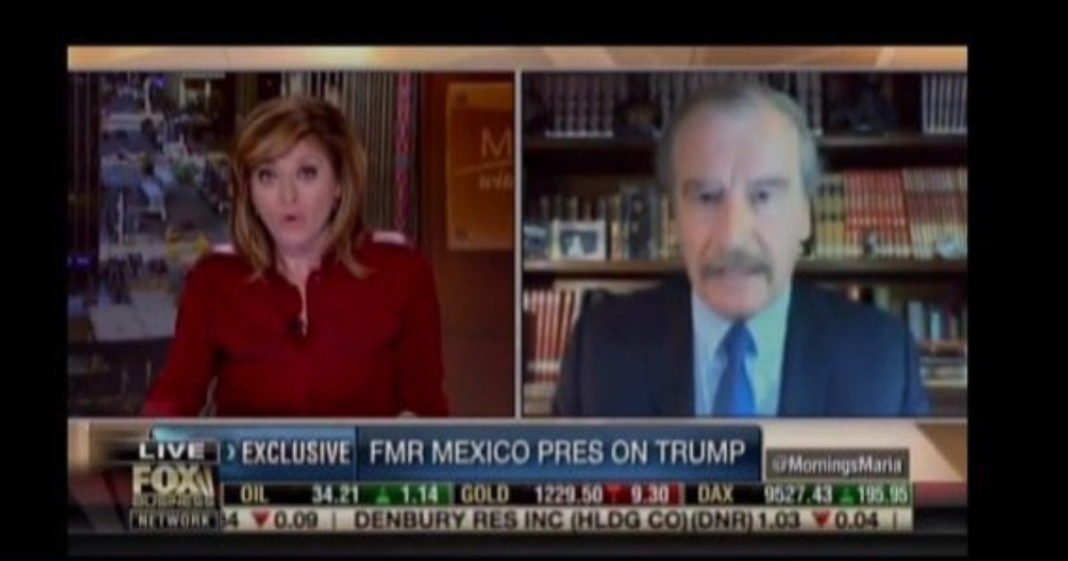 Former Mexican president Vicente Fox is sending out an official invitation to Republican front-runner Donald Trump to engage in a debate in Mexico.

Fox, who made headlines earlier this year when he responded to Trump’s promise to build a wall between the U.S. and Mexico (And who’s gonna pay for it? MEXICO!). Fox told more than one news outlet that Mexico would certainly NOT be building “that f*cking wall.”

Now, it appears that tempers may have cooled as Fox’s invitation to Trump seemed cool-headed and well-intentioned.

The comments were made during an interview with Rita Crosby’s “Election Central,” where Fox said:

But then moments later, Fox revised his offer, saying that it was most important that Trump agree to come to Mexico in order to become better acquainted with the group he so often demonizes.

“One condition … that it’s done in Mexico … because I need him to see what Mexico is all about, to see what we Mexicans are all about. He will change his attitude toward Mexico …  would expect that he would listen to my arguments, that he would put his arguments on the table, but we both are obliged to document, to sustain with facts and numbers what we’re saying, and not just lying or cheating to people.”

There is no chance of this debate happening, but at least it’s fun to imagine.