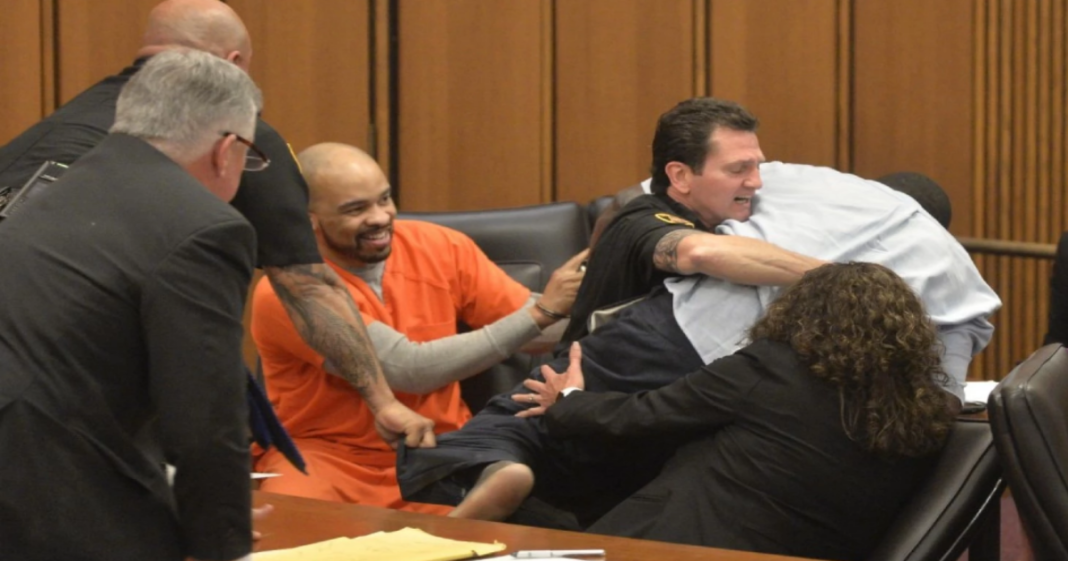 A man who was given the death penalty for raping and murdering three women in 2013 faced an unexpected confrontation in court on June 2 when he was attacked by the father of one of his victims.

Van Terry took the floor of the courtroom in Cleveland in order to issue a statement about his feelings concerning the ruling for the man who had murdered his daughter.

“Right now, I guess in our hearts we’re supposed to forgive this clown. Who has touched our families, taken my child.”

It was then that Terry took a look at the man in orange, convicted murderer Michael Madison, and noticed that he was smirking, according to reports.

Terry lost control and lunged toward the killer, leaping in the air in attempt to clear the podium barrier between the two. Security guards quickly leaped into action, preventing the clash.

Through it all, the man in orange never stopped smiling.