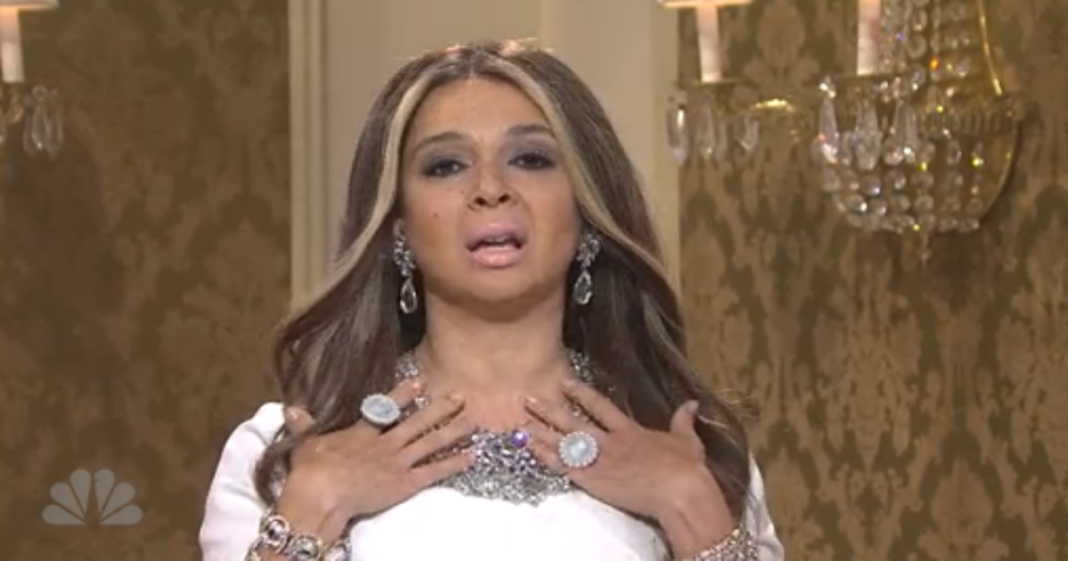 It’s already been established that the one thing Donald Trump doesn’t like is anyone criticizing his dear third wife Melania Trump, which is what makes this hilarious parody video all the more rewarding.

In this funny clip, from Maya Rudolph’s new show “Maya and Marty,” Melania and Heidi Cruz team up for a talk-show style interview on how to live like the rich and famous. Melania tells us that edible diamonds are a thing – literal diamonds that you just eat instead of wear.

Heidi tells Melania that she has always secretly admired her, and Melania replies by mocking Cruz’s appearance.

No doubt, we can expect to see more hilarious political clips like this from the promising new comedy sketch show.