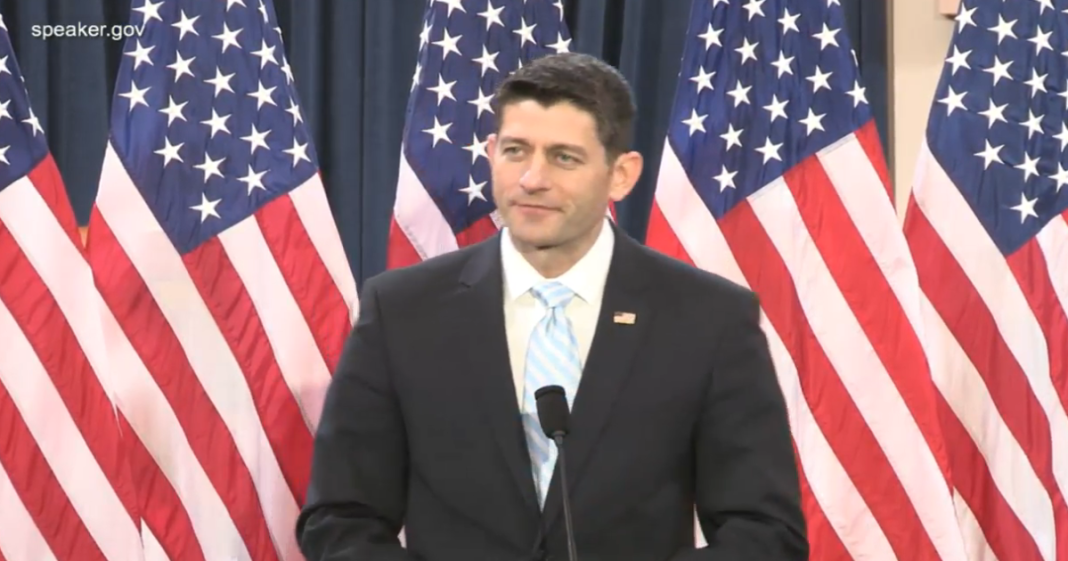 In the most expected (and yet still disappointing) announcement ever, Speaker of the House Paul Ryan has finally announced that he will be voting for Donald Trump in the 2016 election.

The announcement was made in the middle of Hillary Clinton’s foreign policy speech, a cheap attempt at stealing the attention from the Democratic front-runner.

Ryan submitted a column to his hometown newspaper GazetteXtra, detailing his voting plans. The speaker also posted on his personal Twitter account that he would be voting for Trump.

I’ll be voting for @realDonaldTrump this fall. I’m confident he will help turn the House GOP’s agenda into laws. https://t.co/LyaT16khJw

In his hometown column, Ryan effectively said that even if Donald Trump ruins everything, he and the rest of the Republican party intended to put forward and accomplish several conservative goals including the ever-present repeal of Obamacare.

“It’s no secret that he and I have our differences. I won’t pretend otherwise. And when I feel the need to, I’ll continue to speak my mind. But the reality is, on the issues that make up our agenda, we have more common ground than disagreement.”

Oh Ryan, you puppy-like, once-bearded fool. We had such high hopes for you.