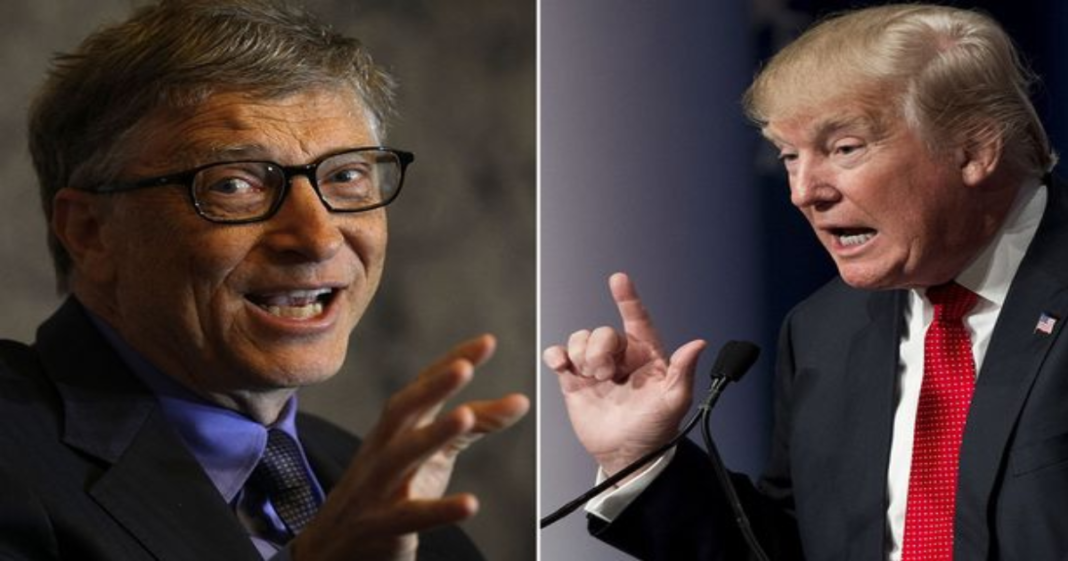 Among the wealthy, Bill Gates reigns supreme as one of the most generous givers in the world through his foundation the Bill and Melinda Gates foundation.

Gates and his wife had previously teamed up with billionaire Warren Buffet to pressure billionaires into signing “The Giving Pledge” which encourages these individuals to pledge more than half of their wealth to charity in their wills. More than 150 billionaire families have signed onto the pledge including Facebook founder Mark Zuckerberg.

One big money name the organization has yet to approach is Republican nominee Donald Trump. When asked why they have yet to ask Mr. Trump to give up a significant portion of his wealth, Gates laughed and said that he just didn’t think that was Trump’s style.

Asked for follow-up, Melinda Gates said that she figured the foundation would wait to see how the election turned out before asking Trump to join the club.

“We don’t have any immediate plans to approach him,” she said. “I think we should probably let this cycle play itself out before we do anything related to that.”