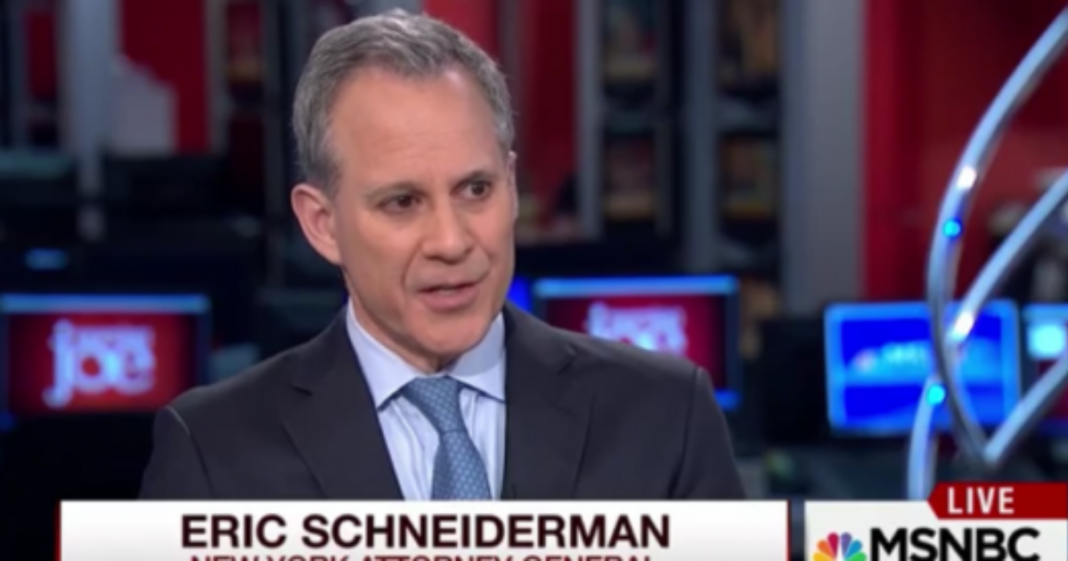 Schneiderman refused to tip-toe around the subject and instead called the school a “straight up fraud.”

The attorney general responded to a handful of reviews of Trump University which praised the school and said that they were happy with their education.

“It’s like selling people something you say is a Mercedes and it turns out to be a Volkswagen. And even if some people say, ‘Well actually, I kind of like the Volkswagen,’ it’s still fraud because it’s not a Mercedes. This was not a university.”

Schneiderman then delved into the damning details of the case, saying that every aspect of the school was a lie.

NY @AGSchneiderman on Trump U: This is just straight up fraud https://t.co/OUjj1BEt81