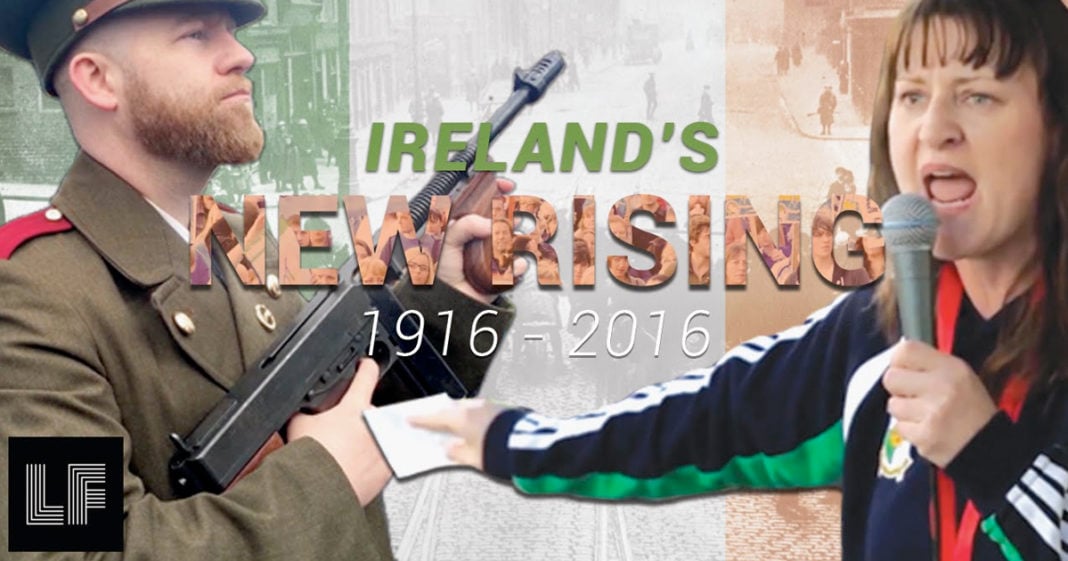 One century after the Easter Rising of 1916, Ireland is marking a defining moment in ​its history: an armed rebellion against imperial rule, and a week in which a few thousand visionaries took over Central Dublin and declared an independent Republic​ of equals. Three decades after first reporting from Belfast during the ​so-called ​”Troubles”, Laura Flanders return​ed ​to Ireland ​this April, ​to take a fresh look at Irish nationalism through the stories of people who’ve lived through the last half century.