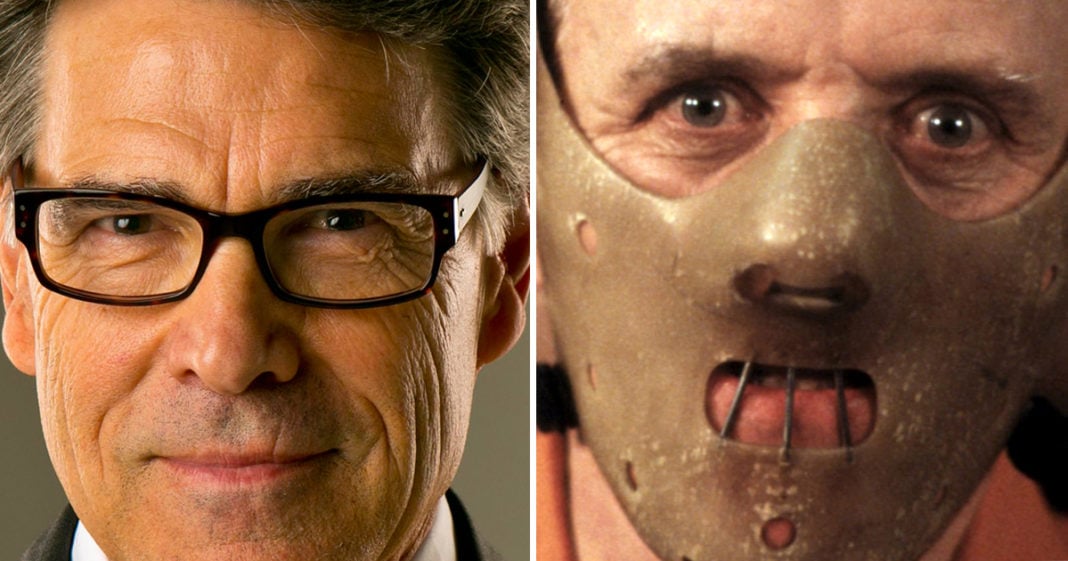 Rick Perry has been behind Donald Trump’s candidacy for quite a while but his fandom went to full on creepy fanaticism Thursday when the former Texas governor made an extremely unsettling comment about a Donald Trump and Hillary Clinton debate.

Perry was asked to react to a foreign policy speech made by Clinton on Thursday afternoon where the Secretary of State offered up some harsh criticism of the Republican nominee.

Perry said that Clinton is not at all prepared to face Trump in a debate which is not at all an unexpected remark from the Republican Trump supporter.

But it was what he said next that will leave you cringing:

“Donald Trump will peel her skin off in a debate setting.”

What?! Who says that? Men who have dead bodies in their freezers, that’s who! Someone needs to start looking into this because Perry is 100%, Grade-A serial killer material and we gotta stop him before he takes another victim.