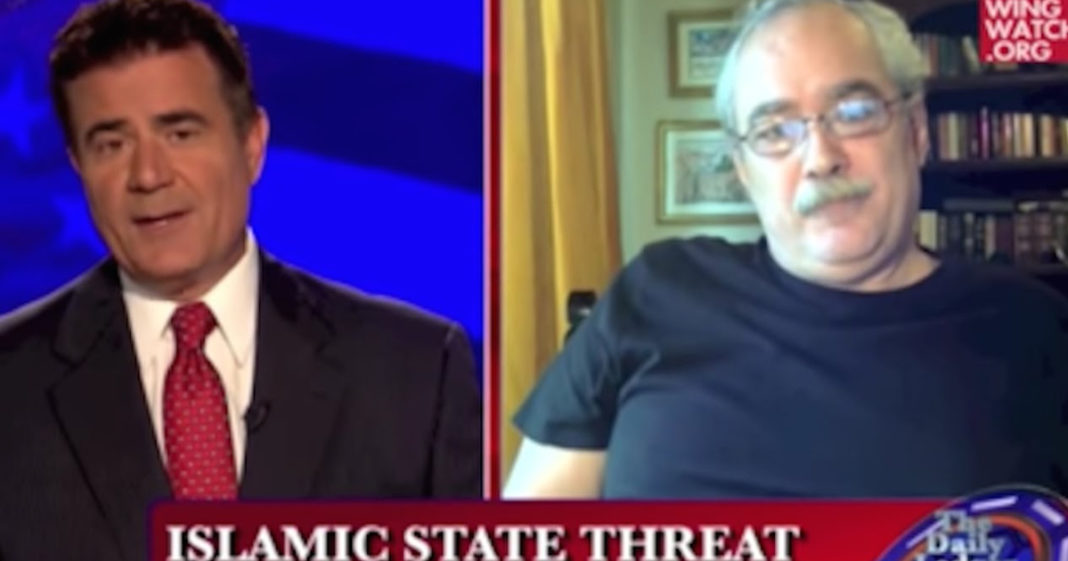 In this Majority Report clip, Walid Shoebat, a Palestinian American who claims to have been a Muslim terrorist (various fact checkers have found his claims to be almost definitely false) and is now a Christian convert appears on the One America News Network. Shoebat says that he now refuses to fly, domestically or internationally, because of radical Islamic terrorists, even though he’s flown over 3,000 times in the past.