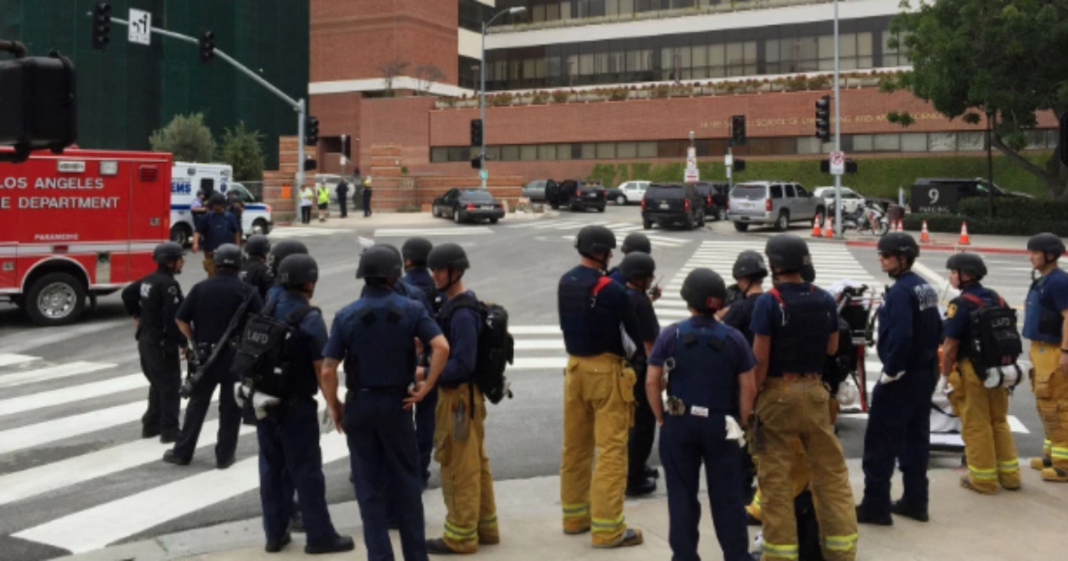 Police are investigating what appears to have been a murder-suicide which led to the California UCLA campus being placed on lockdown Wednesday morning.

Students were told to shelter in place after gunfire was heard at around 10 a.m., but it took several hours before police gave the all-clear after declaring that they suspected the shooting of being a murder suicide.

So far,two men have been found dead, though their identity has not been released. Police found a gun and a note next to the two bodies.

Students said that they were frightened and frustrated by the event. 29-year-old Nick Terry was heading to campus to take a final when the lockdown occurred.

“It just seems so pointless. Two days left of school and it’s going to end on this note?”

We have become so used to events like this happening that the first instinct is to be thankful that no more were killed, though we can mourn the death that has occurred and await further details of what led to the shooting.