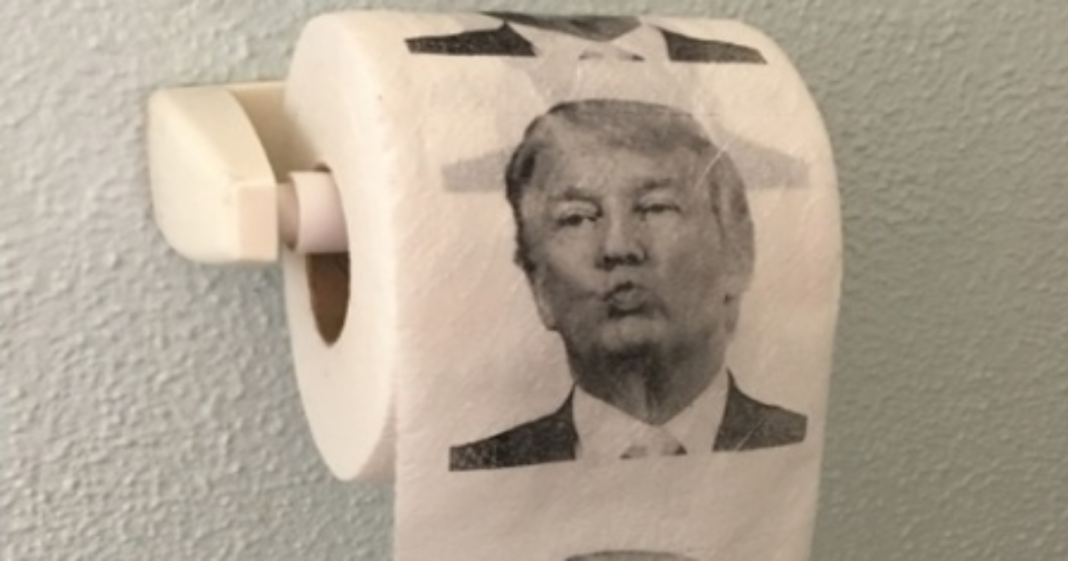 We have seen just about everything in this 2016 race from Trump pinatas to Clinton bobble heads, but a Chinese company is cashing in big time on the American political race by selling massive quantities of toilet paper with presidential candidates printed on the squares.

Putting polls and primaries, rally attendance and media coverage asides, the free market has revealed an entirely separate way to determine who is the least popular candidate in the 2016 race.

Chinese state newspaper China Daily reported on Tuesday that the company Qungdao Wellpaper Industrial Co. has been selling massive quantities of Trump-decorated toilet paper, and sales have been rising drastically since February of 2016.

The company also sells paper with Clinton’s face on it, but the Trump paper has been outselling the Democratic option six to one.

It’s worth noting that there doesn’t appear to be any similarly decorated toilet paper for Bernie Sanders, so you can interpret that how you will.

If a candidate who has thousands wiping their ass with his face becomes president . . . well, that will be quite a day.