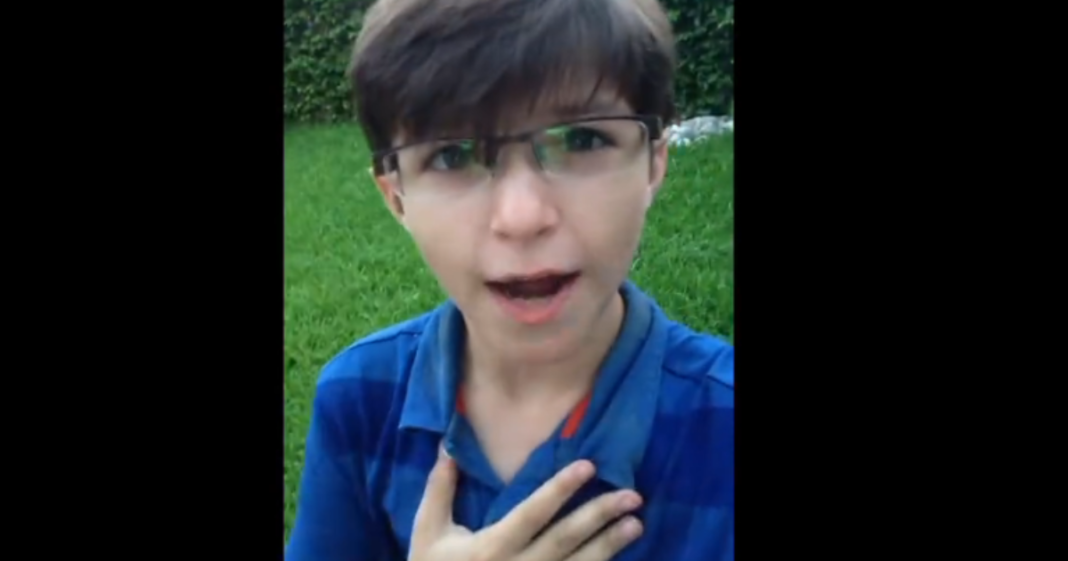 12-year-old Marco Arturo is a fast-talking, super smart kid who is on a mission to educate individuals about the link between vaccines and autism – or rather, the lack of a link between the two.

In this clever video gone viral on Facebook, Arturo holds up a folder labeled “Evidence that Vaccines Cause Autism.” He says he intends to go through each piece of evidence in great detail before opening the folder and holding up page after page of blank, unlined paper.

This kid’s intelligence is only rivaled by his expert comedic timing as he acts flabbergasted at the pile of blank paper before staring at the camera and saying,

“I think it might be because there is absolutely no evidence to support the statement that vaccines are linked to autism in any way whatsoever.”

Young Arturo then launches into a full-throated explanation for the harm that anti-vaxxers do when they rabble-rouse about vaccines and attempt to make correlations between life-saving medicines and disorders like autism.