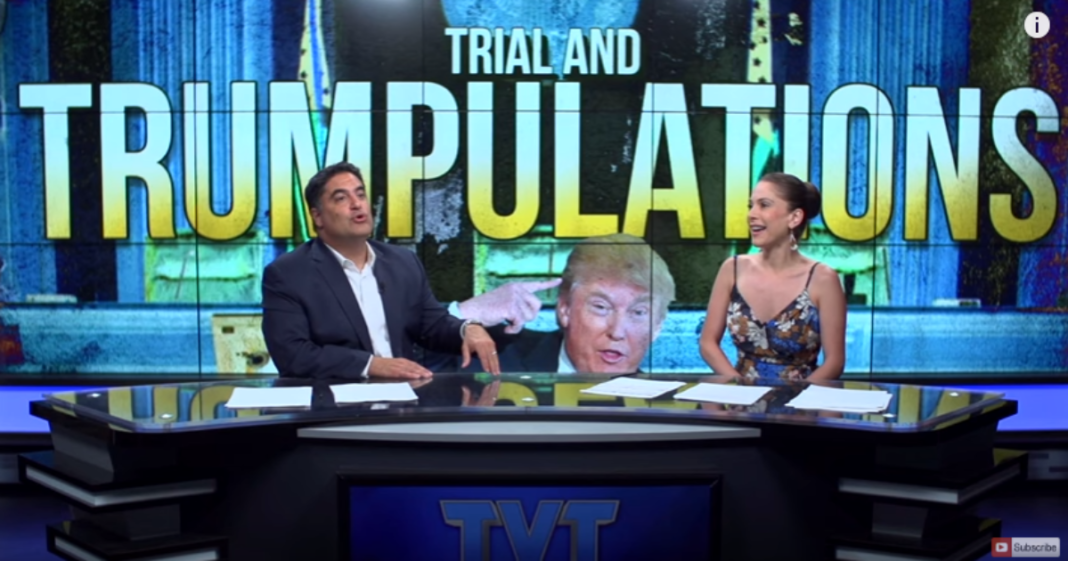 During a discussion about Donald Trump’s extremely sketchy criminal dealings with Trump University, hosts of The Young Turks, Cenk Uygur and Ana Kasparian, delved deep into the scandal and discussed how devoted Trump supporters are in the face of his overt corruption.

The two were discussing Trump’s frequent mention of the race of the judge who is ruling over the Trump University case when Kasparian launched into a mocking imitation of Trump supporters coming to the Donald’s defense.

“No, Cenk, you just don’t understand — Trump says all the things that, like, we all want to say but he has, like, the guts to say them.”

Kasparian then returned to her regular voice and mock-replied to supporters like that with a rousing, “Get the f*ck out of here.”

“Nothing drives me crazier than that stupid-ass argument. You know what? Then we can have a middle-schooler be our next president. ‘Cause middle-schoolers say sh*t that they really mean.”