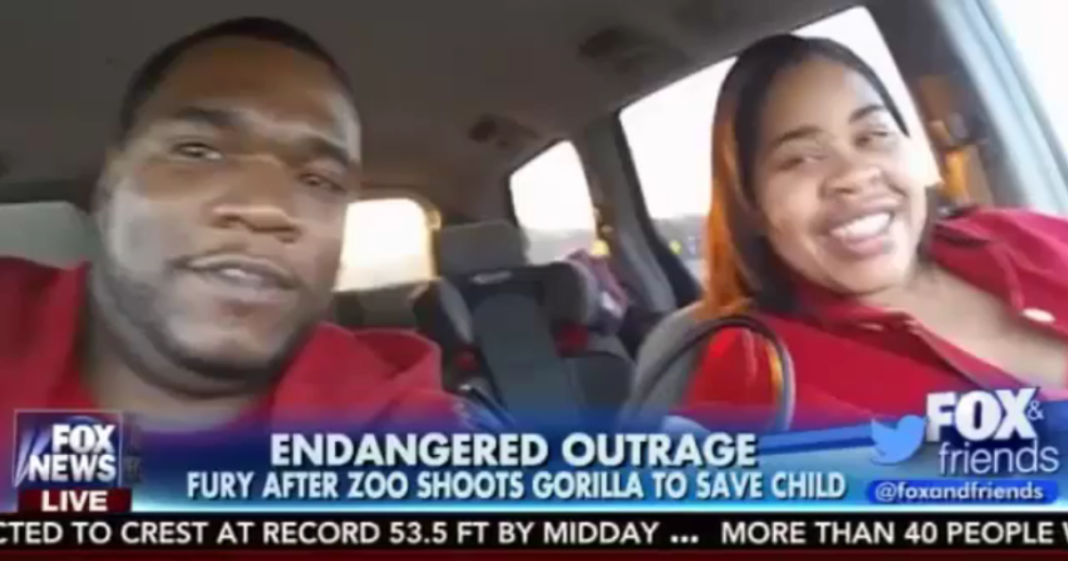 It’s a pretty impressive skill to be able to turn a non-race related issue into a racist discussion, but that is what Fox News regularly does and their discussion of the dead gorilla story was no exception.

While people everywhere were rightfully saddened and even angered at the death of the endangered animal, Fox News saw fit to blame a parent who wasn’t even present because he is black and has a criminal history.

While some are arguing that the mother should face criminal charges or be forced to pay some sort of restitution for the important life lost to save her child, Fox decided that the absent father deserved some sort of charge. What?!

Of course, the network framed it in a similar way to their beloved candidate Trump by saying “some people” are pointing out this man’s history and “some people” are calling for his arrest – Who are these “some people,” Fox? You say you’re the reporters and wild speculation shouldn’t be a part of that title.

Watching the clip, it’s pretty clear that they are just focused on the race of the family and that they figure a black man was probably at fault for all of this – even if he wasn’t in the park at all.