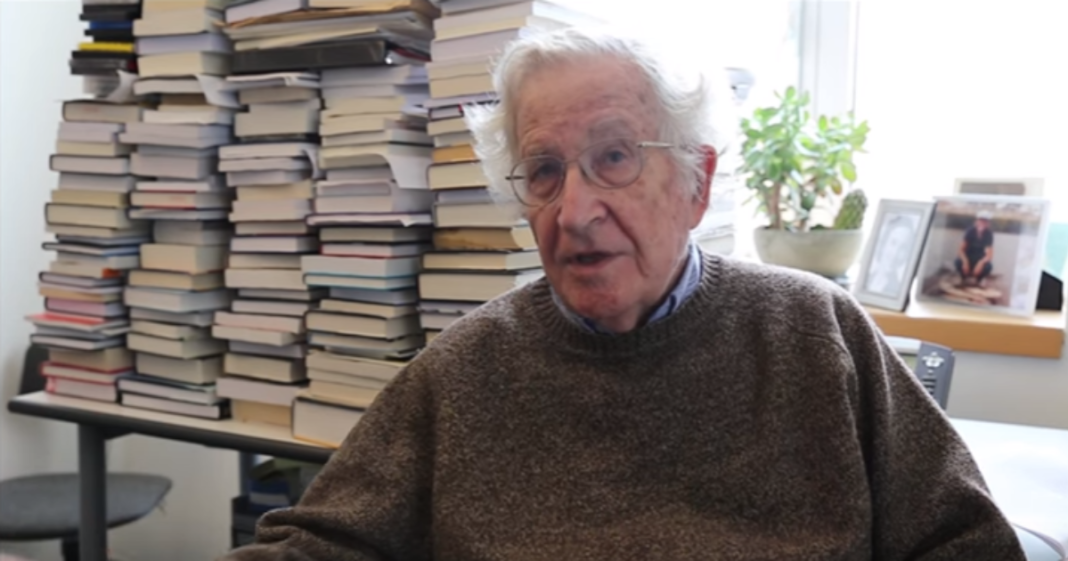 Renowned political theorist Noam Chomsky has not shied away from the 2016 election, making his opinion known concerning both the Republican and Democratic primary.

Now, Chomsky seems set on making it known just how deeply he despises the Republican nominee and aims to impress the seriousness of preventing Donald Trump from becoming the president.

During an interview with Art Is Power, Chomsky discussed the nefarious way in which Trump preys on racially-fueled economic fear in much of the white population.

“So every time Trump makes a nasty comment about whoever, his popularity goes up. Because it’s based on hate, you know, hate and fear. And it’s unfortunately kind of reminiscent of something unpleasant: Germany, not many years ago.”

Despite the seriousness of keeping Trump out of office, Chomsky also remarked that the real estate mogul is little more than an attention-seeking clown.

“He’s a clown — literally, he could be in the circus. He’s getting huge support from people who are angry at everything. Mostly white males. Working-class, middle-class, poor white males. And their wives and traditional families. They are furious about everything.”