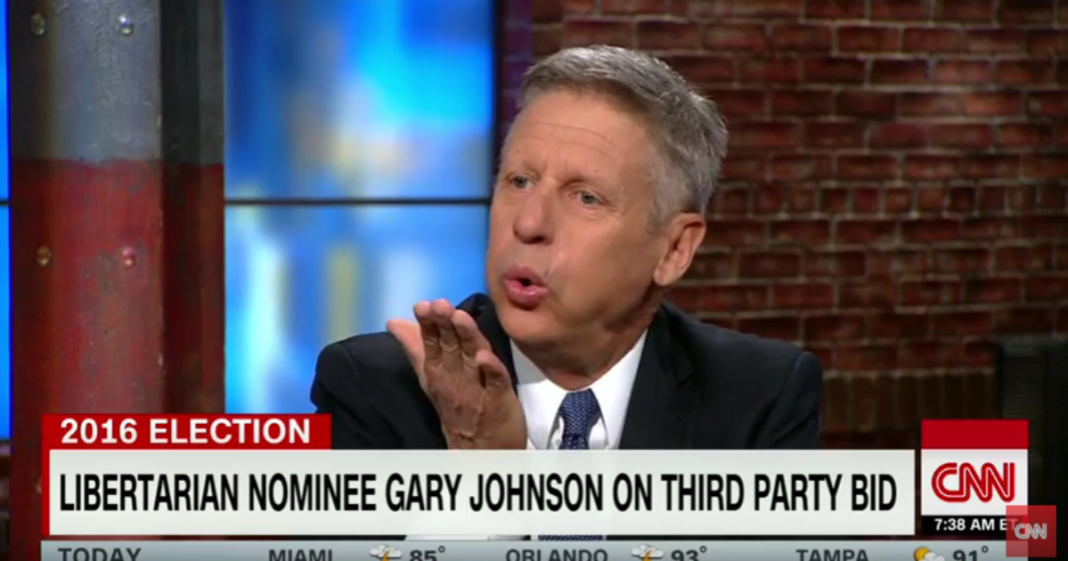 Newly appointed Libertarian presidential nominee Gary Johnson made his official debut into the general election fray by taunting Republican nominee Donald Trump with a cheeky kiss during an interview with CNN on Tuesday morning.

Johnson offered up a passionate defense of illegal immigrants who Trump has repeatedly referred to as “rapists and murderers,” saying that the majority are hard workers with children who simply want to be put to work in jobs that are waiting. This is in stark opposition to the Republican narrative of immigration.

When asked if he is prepared to face the wrath of Trump in the general election, Johnson responded with a ‘bring it on’ attitude and blew a kiss directed toward the Republican nominee.