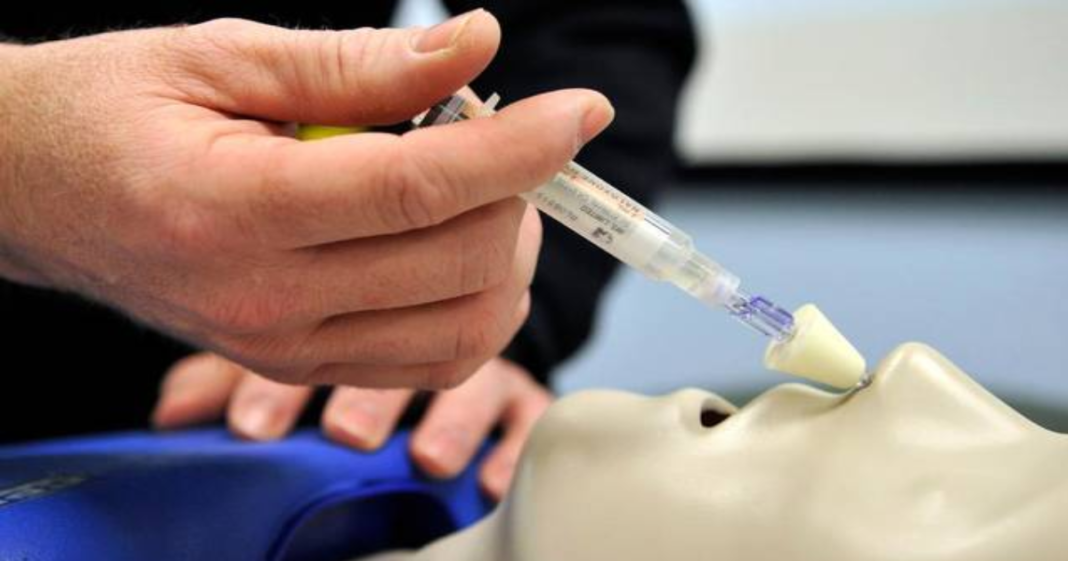 Amidst a growing opioid epidemic across the nation, big pharma is seeing dollar signs and an opportunity to make big bucks off of a lifesaving medication which saves thousands of lives yearly.

Narcan is a drug which has the ability to save the life of an individual who has overdosed on heroin by blocking the effects of the drug immediately after the overdose occurs.

In typical greedy pharma style, the company which makes Narcan and it’s generic version Naloxone have massively hiked the prices to capitalize on the growing need. There are five versions of the drug on the market, and yet, the price continues to rise.

Generic Naxolene has been on the market since 1971 and this version of the drug, manufactured by Amphastar Pharmaceuticals, is the most commonly-used version in emergency responders and in private homes during an overdose.

More than 28,000 people died from opioid and heroin overdoses in 2014, more than any year on record, according to the Centers for Disease Control. As the opioid epidemic set in, outpatient use of naloxone has increased by 72 percent in the last five years, according to Food and Drug Administration data.

In New Hampshire, which has experienced a massive growth in opioid usage in recent years, 2,800 doses of Narcan have been used since January, saving thousands of lives.