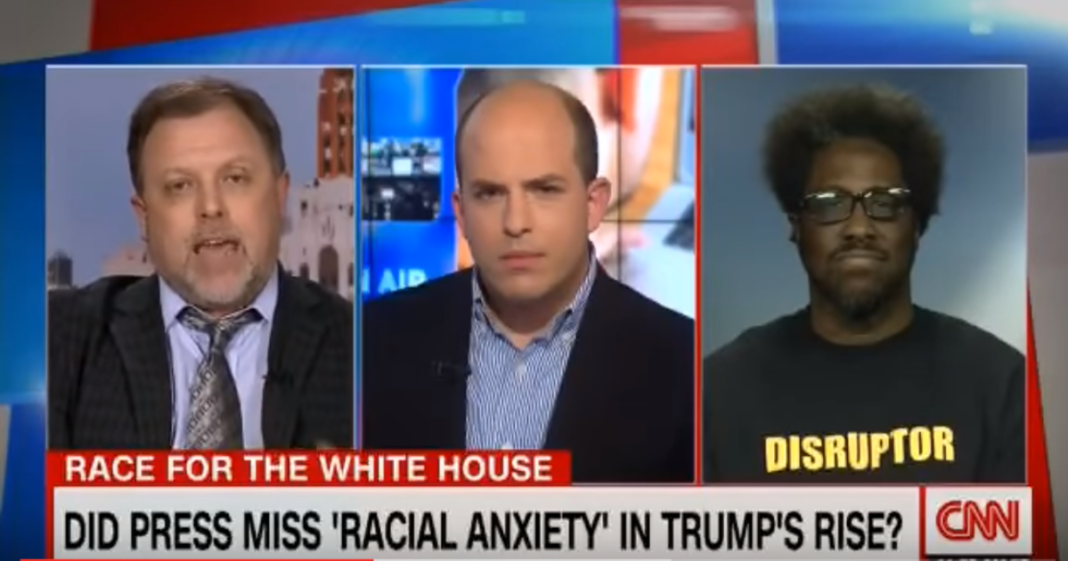 During an interview with CNN’s Brian Stelter, an anti-racism expert made an appearance to break down just how Donald Trump’s divisive language has been so effective.

“If the only reason for Trump’s support was economic anxiety then people of color should be flocking to Trump,” Wise told CNN’s Brian Stelter. “Because black folks, for instance, are twice as likely to be out of work as white folks, three times as likely to be poor, have 1/15 the net worth, nine years less life expectancy in large part due to economic inequality.”

“There’s a link between the kind of economic anxiety that white folks are feeling and this larger political or racial anxiety.”

The way he breaks it down is pretty genius and definitely worth a watch.
,