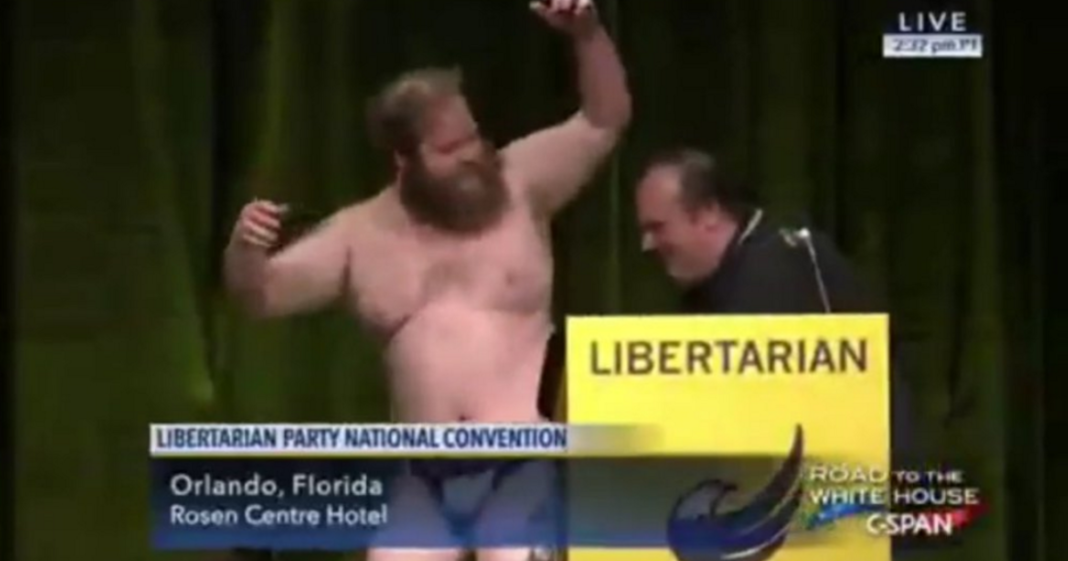 Over the weekend, the small but hearty Libertarian party held its national convention in order to select their candidate and vice presidential candidate to put forth in the general election.

Though the Libertarian party has been around for a long time (anyone remember Ron Paul?), this may be the party’s most significant year yet as millions of Americans are hoping for a viable third-party option in a dreadful match-up of Trump v. Clinton.

Because of this grave seriousness, the convention took on an added air of importance and corporate media’s coverage was widespread. Which is why it was all the more surprising when a legitimate Libertarian candidate used his platform to begin stripping down naked in front of the room full of attendees.

Now this is happening pic.twitter.com/zHZbQpqwZa

But if you think that was bad, just know that rumor has it, we can expect something far less palatable at the Republican convention:

If you think Libertarian Stripper Guy was bonkers, rumor has it the Republican convention will feature a cameo by Donald Trump.