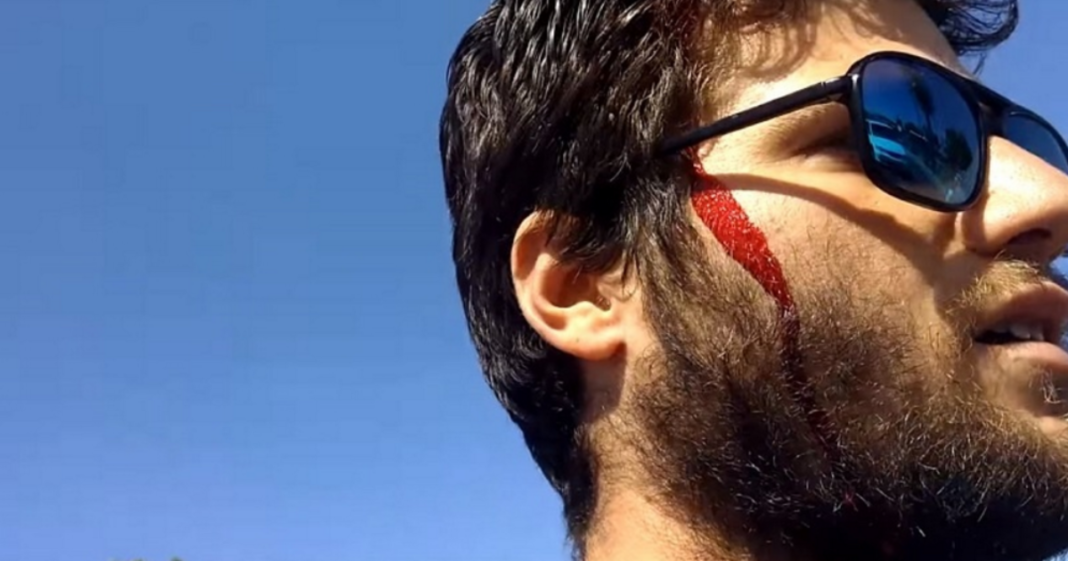 A street preacher who refers to himself as Brother Dean realized that his right to Freedom of Speech does not entitle him to freedom from reaction to that speech as he was attacked by a 19-year-old student for what the woman called “Hate Speech.”

Dean apparently frequently appears outside of Apollo High School and other locations in a sick attempt to shame and anger young students with inflammatory signs and phrases.

Without knowing a great deal about this guy, it almost seems like he is creating a sick parody of street preachers, though whether he is joking or not, many of the things he says are unforgivable, including “You deserve to be raped.”

The man has even been seen wearing a shirt that says “you deserve rape,” a particularly volatile and hateful phrase to be shouting out to a group that no doubt includes multiple rape survivors.

Throughout the video he posted, you can see groups of students and teachers confronting the man and telling him that his hateful speech isn’t welcome. Some tried to be kind while others threatened violence. Then suddenly, the violence arrived.

The woman who attacked Dan,Tabitha Brubaker, committed a crime, there is no doubt. She has been charged with felony assault and marijuana possession.