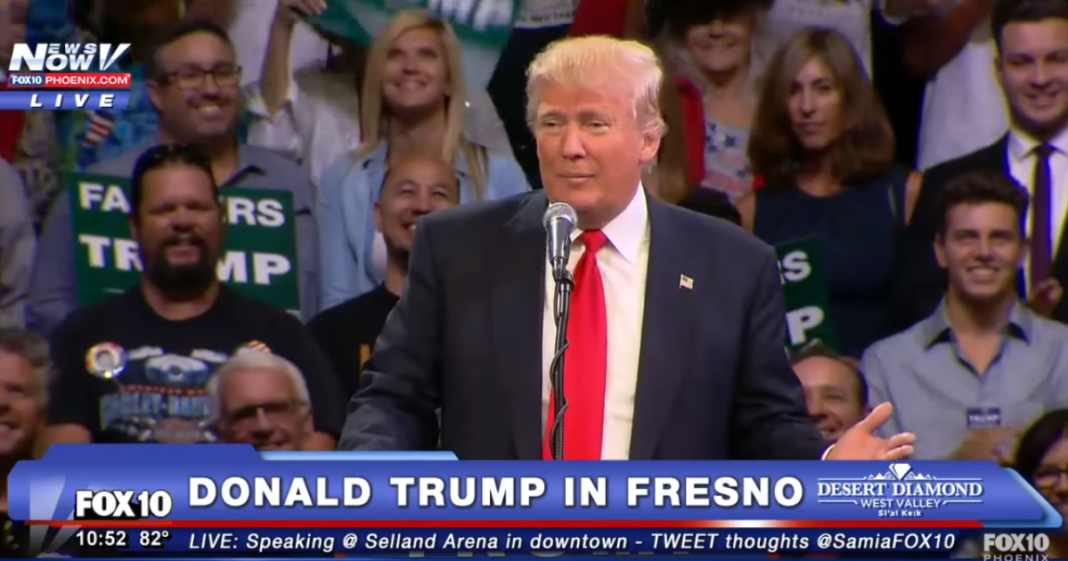 During a rally in California this week, Donald Trump told a crowd of attendees that if he was made president, he could easily solve the drought that has raged in California for five years.

Yes, according to Trump, the drought doesn’t really exist and it is just simply a matter of re-routing the water supplies because apparently now the government sends the state’s fresh water out to sea?

Trump’s description of the situation sounds an awful lot like a schoolchild trying to give an oral report having briefly scanned a Wikipedia page.

“We’re going to solve your water problem. You have a water problem that is so insane. It is so ridiculous where they’re taking the water and shoving it out to sea,” Trump told the crowd made up of mostly California farmers.

“They don’t understand it. There is no drought, they turn the water out into the ocean.”

It’s just that simple, folks, and only Trump thought of it!