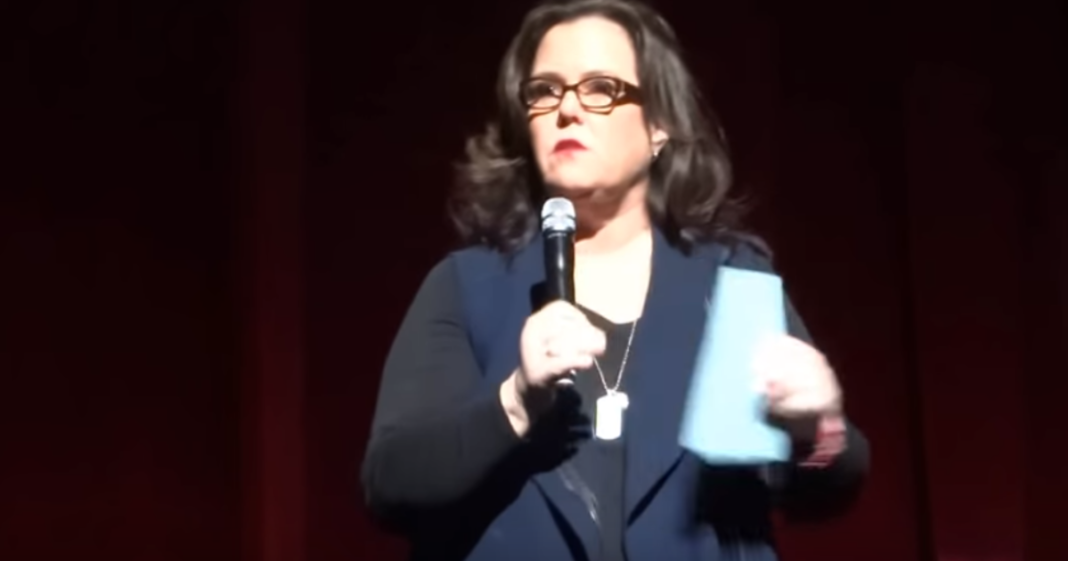 Well, it wasn’t pretty and it wasn’t nice, but comedienne Rosie O’Donnel briefly went after Donald Trump during a stand-up routine recently.

She said that she refused to say his name, but it was clear to anyone with a brain that the harsh criticisms she had for Trump couldn’t have been directed at anyone else.

O’Donnell then compared Trump to a certain undesirable stain before finally saying his name after all.

Of course, there is a lot of things O’Donnel could have said would have been more eloquent and more biting, but after the endless hell Trump has put her through, who can blame her for a couple of cheap shots?