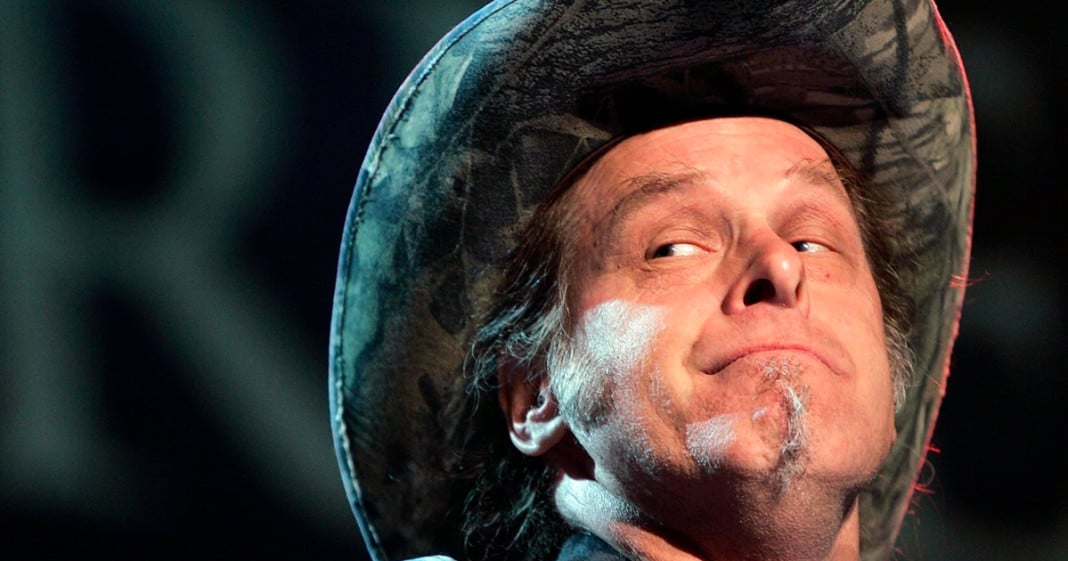 Nugent loves to rail against liberals in America, particularly calling for the hanging of the president and his family. Despite this, he was recently re-elected as an NRA board-member, winning the second highest number of votes. What an honor!

To celebrate his great accomplishment, Nugent went on a mile-long rant about people who criticize him, saying that people who hate him clearly must hate America and everything it stands for.

“There is nothing more anti-American than the freaks that hate me,” Nugent said, after going on a rant against Hillary Clinton and Bernie “Mao Zedong” Sanders. “As the freaks hate me, I go, ‘Man, I really am right all the time.’”

Nugent seems to be just one of many southern loonies who believe that their particular brand of “country” is the most authentic version of “American” that there is. Never mind the fact that millions of people are completely different and also just as American, if you aren’t doing what these hicks are doing, you aren’t doing it right!