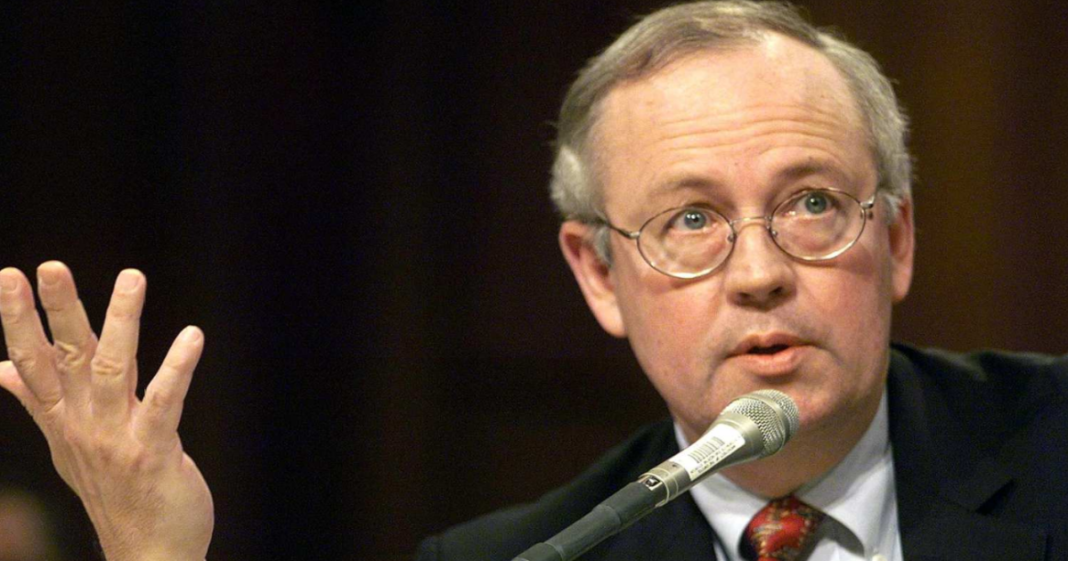 Amid controversy over the way officials handled multiple claims of sexual assault committed upon female students by members of Baylor University’s football team, the university board has announced the removal of president Ken Starr from his position.

You may be more familiar with Starr in his former position as a judge and U.S. Solicitor General and later, his leading role in the controversial investigation of the Clinton administration involving both Whitewater and the Monica Lewinsky kerfuffle. But it appears that Starr has taken his incompetence elsewhere, to disastrous result.

The eastern Texas university received scrutiny after six female students made claims that members of the football team had committed sexual assault between 2009 and 2016.

An investigation was made into how the cases were handled by school officials and it was discovered that rather than seeking justice for those assaulted, students were intimidated into silence and told that their claims were not legitimate.

The report stated that officials “discouraged some complainants from reporting or participating in student conduct processes and in one instance constituted retaliation against a complainant for reporting sexual assault.”

Starr will remain employed at the university at least for now, as in places like Texas the idea of harming a star football player over something as seemingly insignificant as a sexual assault is more of a crime than the assault itself. Hopefully, though, national pressure will finally put Starr out of a position of power for good. Hasn’t he done enough harm to enough people by now?