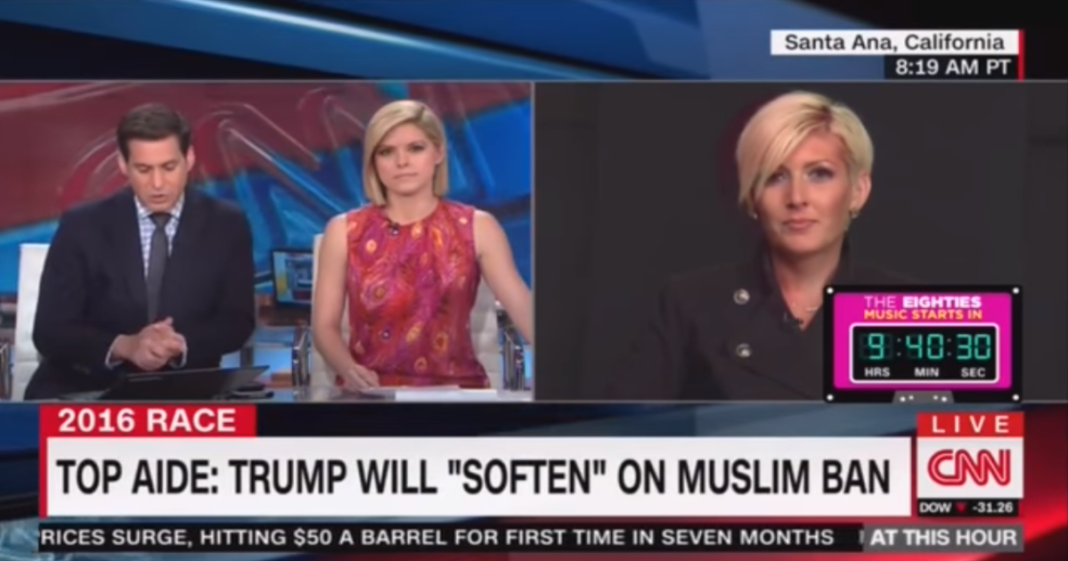 It seems that Donald Trump’s trusty spokesperson Katrina Pierson can’t be on every news network at all times, so the campaign had to employ Senior Press representative Healy Baumgardner to go out and defend the Republican nominee at every turn.

But unlike Pierson, Baumgardner doesn’t have a doctorate in B.S., and has repeatedly flubbed her defenses of the candidate. It happened again on Thursday when the spokesperson fielded questions about whether or not Trump would actually debate Democratic candidate Bernie Sanders.

It seems that Baumgardner’s strategy as the press representative is simply to say “I dunno,” and hope that journalists are content with that answer.