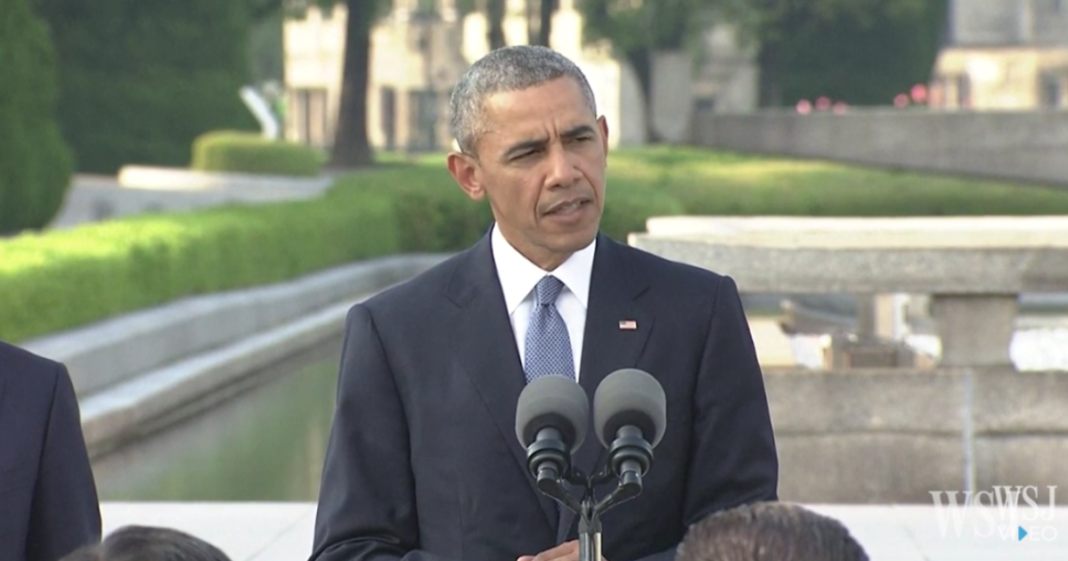 President Obama made a landmark visit to Hiroshima, Japan this week in an effort to reach out and address the long and difficult history between the two nations since World War II.

Ahead of his visit, the president said that he did not intend to officially apologize for the nuclear actions taken by the U.S. which effectively ended the second world war. Instead, the president focused on the future and hoped that the world never again would use such means.

The president arrived at the memorial park in Hiroshima on Friday where he placed a wreath on the monument before silently reflecting.

The president then addressed the small crowd, talking about the monumental lesson that was learned in that town so many years ago. The president said that the dropping of the bombs “demonstrat[ed] that mankind possessed the means to destroy us all.”

The president also met with survivors of the bomb and said that his appearance was in part to honor the memory of the thousands of Japanese killed on that day.