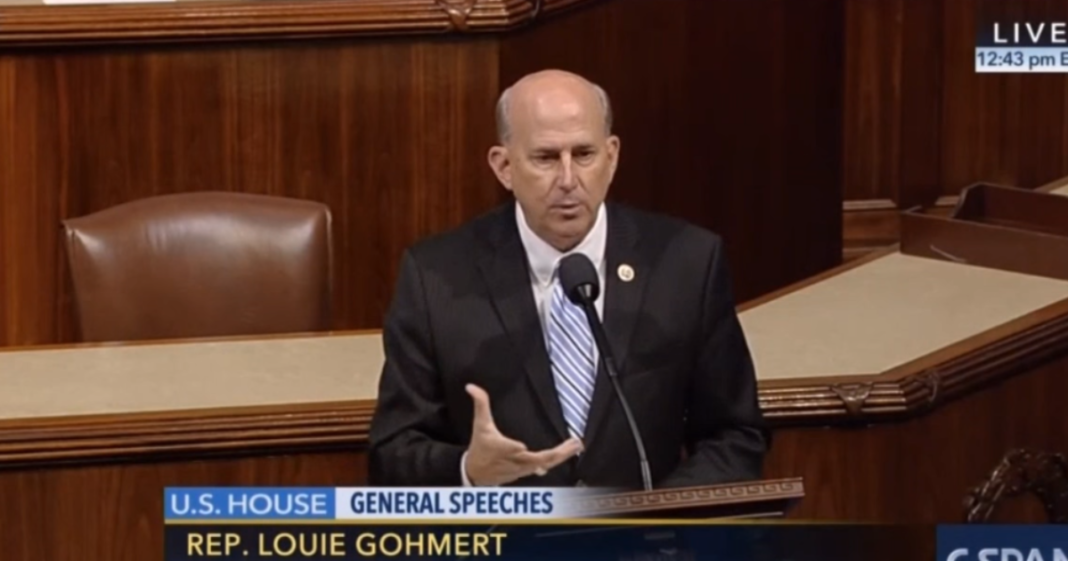 It’s nice to know that our legislators are using valuable time and resources funded by taxpayers to discuss important topics, that is, besides Texas representative Louis Gohmert who went on an extended rant about gay people in space.

Is this a storyline from a particularly plucky episode of “Veep”? No indeed, Gohmert brought up homosexuals and the outer limits as a bizarre extended metaphor for why we shouldn’t allow homosexuality in our society.

According to Gohmert, if we were in a situation where we were sending only 40 people away from the planet in order to try to save our species, Noah’s Ark-style, we would never select even one gay person because gay folk don’t make babies!

“[A] space ship that can go, as Matt Damon did in the movie, plant a colony somewhere, we can have humans survive this terrible disaster about to befall, if you could decide what 40 people you put on the spacecraft that would save humanity, how many of those would be same-sex couples? You’re wanting to save humankind for posterity, basically a modern-day Noah, you have that ability to be a modern day Noah, you can preserve life. How many same-sex couples would you take from the animal kingdom and from humans to put on a spacecraft to perpetuate humanity and the wildlife kingdom?”

It seems there’s a bit of disconnect here from Gohmert about how homosexuality propagates. Unlike what this buffoon thinks, gay isn’t contagious or a trait that is passed down from one gay family to another. You simply need to look at the vast majority of straight families who produce a gay daughter or son to understand that.

But we needn’t worry too much about interpreting all of this since according to Gohmert, our mistreatment of the natural order of things and defiance of God means it won’t be long until we have to make difficult decisions like this. Dun dun dunnn.