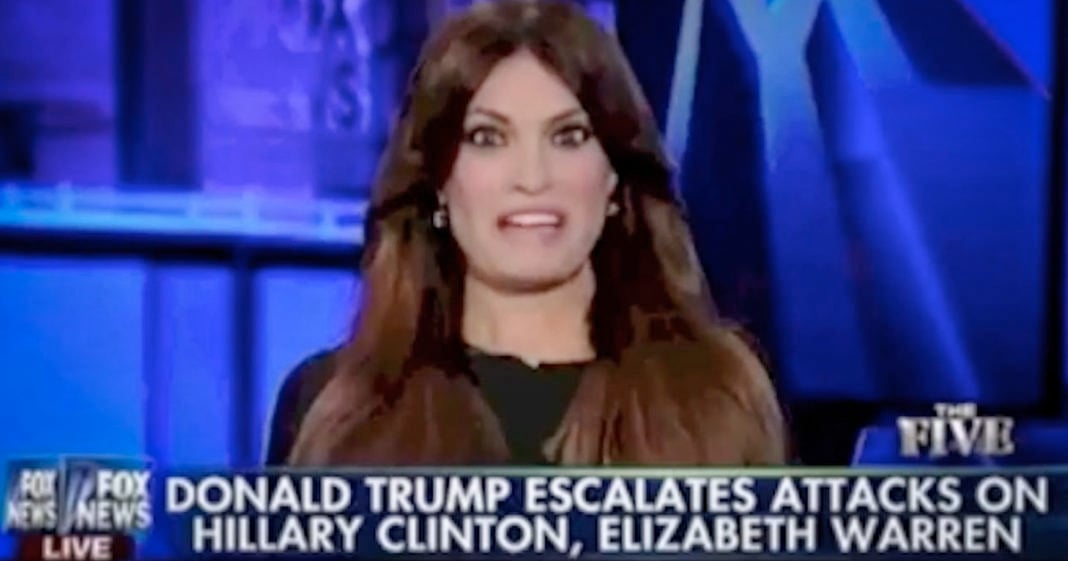 In this Majority Report clip, Fox’s “The Five” react to Donald Trump’s attacks on Elizabeth Warren. One particularly dumb person on this show, Kimberly Guilfoyle, thinks that it’s a compliment because Pocahantas presumably had long and beautiful hair. Dana Perino points out that racist comments used to be confined to the privacy of one’s home. Masterful analysis, right?