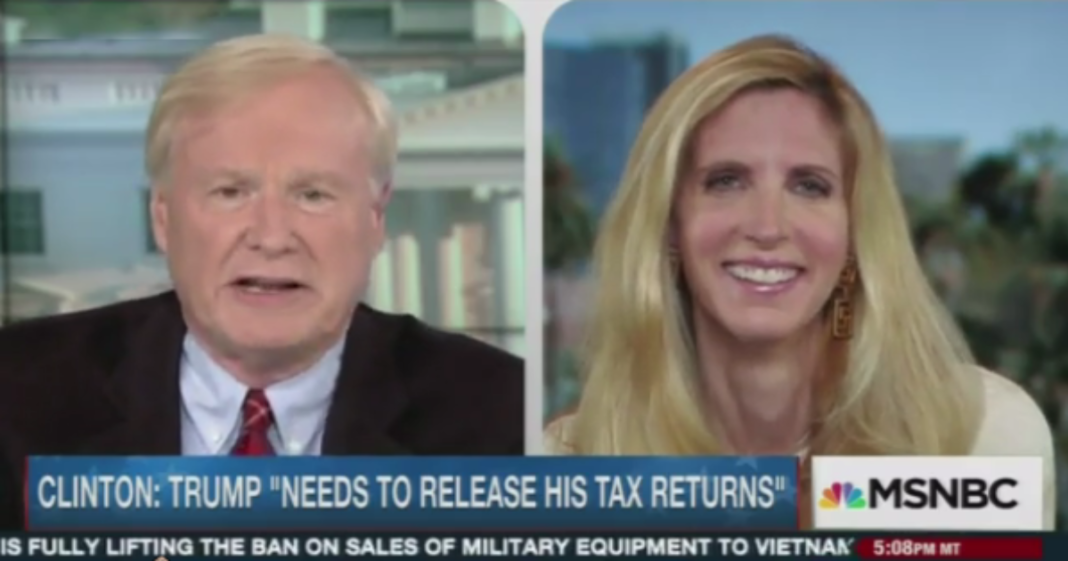 During a segment on “Hardball with Chris Matthews,” Trump devotee Ann Coulter made her scatterbrained argument for why Donald Trump shouldn’t release his tax returns: he probably has something to hide!

Coulter claims that somehow, Donald’s refusal to release is a clever strategy because why would he want to release his taxes and have tax attorneys all over the country comb through his records?

Um, maybe because that’s what every other presidential candidate has done?

But then Coulter dropped the real issue: Even if Trump’s returns proved he never gave a dime to charity, proved that he had intimate dealings with the mob, proved that he hid millions offshore, or even proved he had no wealth at all, his supporters wouldn’t care.

Surely you don’t need reminding, but we are certainly at an all-time low of politics when this kind of limp-wristed crookery can occur and there are absolutely no consequences.